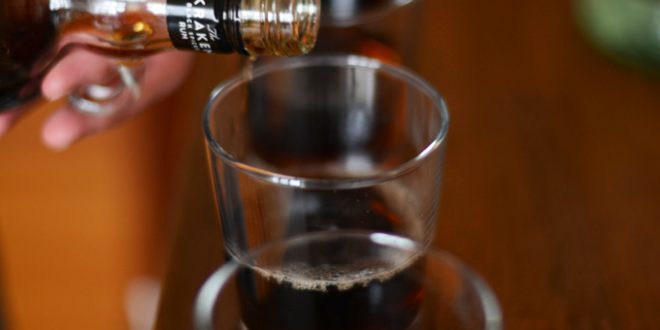 A plane passenger sexually assaulted one flight attendant and tried to fight another during a mid-air drunken rampage.

Robertas Bajalis also groped a fellow passenger during the Ryanair flight from the Latvian capital Riga to Manchester earlier this year.

Manchester Magistrates’ Court heard that the 30-year-old drank half a bottle of vodka and four pints of cider before take-off.

As a result, he said he couldn’t remember his behaviour on board – which included grabbing a fellow passenger’s breast and pinching a stewardess’ bottom.

The dad-of-two also squared up to a male flight attendant, pulling off his tie and pushing against his chest with his fists clenched, prosecutor Nicola Yeadon said.

In a victim impact statement read in court, the worker said: “This man was much larger than me and I understand I’m likely to come across people like this but I do not feel this is right. I’m just trying to do my job.”

After sexually assaulting the two women – leaving the female flight attendant ‘vulnerable and angry’, the court heard – he was arrested when the plane landed in Manchester.

Paul Shepherd, defending, said the amount of alcohol Bajalis consumed was a major factor in him carrying out the offences. He added that the defendant is ‘genuinely remorseful’ and ‘accepted full responsibility’ for all three offences.

He was sentenced to eight months in prison, suspended for two years, and was charged £700 in fines and ordered to pay a total of £300 in compensation.

The defendant has recently moved to the UK from Lithuania and works as a freelance construction worker.