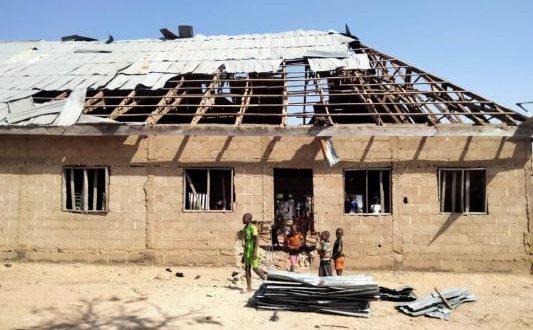 Explosives suspected to have been planted by terrorists have destroyed part of the Catholic Chapel of St. John’s College, Mutum-Biyu, headquarters of Gassol Local Government Area of Taraba State.

Principal of the College, Rev. Fr. Emmanuel Ikyaan, told journalists that the device went off around 7:20 pm on Sunday.

He said no life was lost, the building was affected.

“The youths and some students were holding a programme in the Chapel which double as the school hall and left the premises shortly before the explosion,” he said.

Ikyaaan called for a thorough investigation to unravel those behind the attack, demanding that the perpetrators be brought to book.

Daily Trust gathered that after the attack in the church, the terrorists also went inside the town and started shooting.

He said they were forced to shorten the time of prayers and leave the mosques hurriedly.

Mutumbiyu town, in recent time, has come under attacks by terrorists, leading to abductions.

“The terrorists attempted to abduct a businessman named Alhaji Babale but luckily for him, he escaped through the back door of a mosque inside his filling station, where he was praying,” Sule said.

“The attackers threw an explosive into the church to scare people and enable them escape from the town,” he stated.