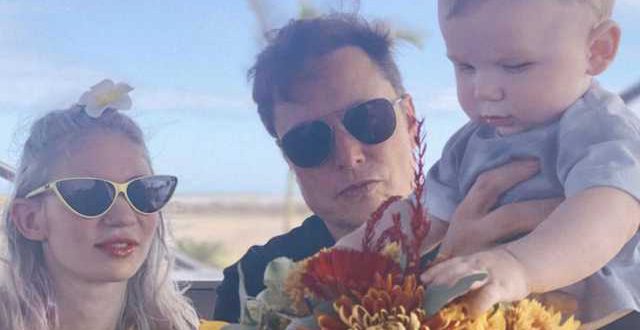 Elon Musk Created A Private School For His Kids; Now, It’s Been Shut Down 

In 2014, Elon Musk started a school. Named Ad Astra, which in Latin means ‘To the stars”, it was housed inside one of SpaceX’s factories in Hawthorne, California

We can all be forgiven for thinking it sounded like something out of a sci-fi movie.

That’s what The Washington Post called Ad Astra. And there’s merit in their label. At the time, the school was operating with two full-time teachers and only nine students, five of whom were Musk’s children: Twins Griffin and Xavier, born in 2004, and triplets Damien, Saxon, and Kai, born two years later.

The Washington Post article also called Ad Astra “A secretive ‘laboratory school’ for brilliant kids who love flamethrowers.” Other epithets applied to the Ad Astra school in a variety of publications include “Mysterious”, “Innovative” and even “Disruptive.”

The space tycoon was educated at a boy’s school in South Africa and has often talked about how he was bullied there, something which has affected many celebrities.

Musk is also vocal in his dislike of the traditional American school system. He wanted to make sure his children would have a better school experience than he had.

It was while his 5 sons were attending Mirman school in Los Angeles, a private K-8 school for gifted children, that the Tesla founder decided to pull them from the traditional school system. As he said, “…the skills to create the future aren’t taught in school.”

In fact, Musk’s thinking was that a major change was needed in education, one which would enable students to be able to jobs in the future, that doesn’t exist today. He has also seen a need for education that included showing students how to interact and work alongside robots, a skill he says will be needed in the decades to come. Because, he notes, humans are underrated, but working with tech is a must.

Elon Musk’s School Had No Curriculum

In 2014, the Tesla co-founder approached one of his son’s Mirman teachers, Josh Dahn, to create an unconventional school, that would offer an alternative type of schooling. Musk’s only directive around the design of the school was to “make it great.” There were no limitations on any mandated structure or curriculum.

The school, funded by Musk, featured no math, music, or sports lessons. Rather, according to The Daily Beast, students would work together on complex projects. There were also no foreign language lessons offered, based on Musk’s philosophy that real-time translation software will be available in the future, making the need for learning different languages obsolete.

Entry into Ad Astra included a number of problems that prospective students had to complete in order to apply. One of these featured a typical Musk twist: Applicants had to select from a list of 11 fictional planets and choose which three would be best and which three were the worst options for a new human colony.

With no term marks, exciting problems solved in groups, and subjects like robotics, the whole concept was based on the idea of producing unique people, not factory workers.

Admission Was Exclusive… And Not Long-Lived

The revelry wouldn’t last long, though; in May 2022, Josh Dahn, the school’s co-founder, announced that Ad Astra had changed. Referring to the first school as ‘an eight-year experiment that served 50 students’; he introduced Astra Nova, meaning New Star, as an online school.

The old school was completely free to students, with Musk picking up the tab, at a cost of $475,000 per year, but the new Astra Nova is a traditional for-profit business. Students will pay $7,500 per year, but classes only take place on Thursdays.

The main difference between the two schools is that classes will now be offered online. Astra Nova will accept applications from students across the world between the ages of 8 and 14. In situ classes are only offered at home base in California, students in other parts of the world interact together in live team games.

Musk’s Critics are saying the online option is a little incongruous, given his recent ruling that Tesla employees are no longer allowed to work from home since the lifting of Covid restrictions. It follows his controversial 2020 move to keep the Tesla factory open amid mandatory closure.

In June 2022, he issued an email that said employees had to show up for at least 40 hours a week in the main Tesla office. It read: “Tesla has and will create and actually manufacture the most exciting and meaningful products of any company on Earth. This will not happen by phoning it in. “

Similar emails were sent to SpaceX.

Musk Is No Longer Connected To The Running Of The School

Astra Nova founder Josh Dahn is quick to point out that Musk is no longer connected to the school. Other than his initial assistance and funding, Dahn has been running operations, along with a specially selected staff.

Students interested in attending the new online school have to submit a video response to a set problem. The first of these, under the title “The Lake Conundrum”, looks at issues around manufacturing, water contamination, and pollution, plus the added complication of corrupt bosses.

As with the initial school, it’s futuristic.

Perhaps it’s best to end off with a message to prospective students from Josh Dahn, which reads: “So I humbly welcome you to Astra Nova School— an eight-year experiment that has been the challenge and joy of my life. Ad Astra was the school at SpaceX that served 50 students; Astra Nova is the online school that aims to reach millions by sharing the insights from our work.”

And although Elon Musk is no longer involved, he remains the one who started it all.

Charles Igbinidu is a Public Relations practitioner in Lagos, Nigeria
@https://twitter.com/ionigeria
Previous Mo Salah’s new £400,000-a-week salary at Liverpool makes him the highest-paid player in the Premier League but he is dwarfed by PSG stars Kylian Mbappe and Lionel Messi
Next Manchester United making plans for life without Cristiano Ronaldo, Erik ten Hag to make emergency board request