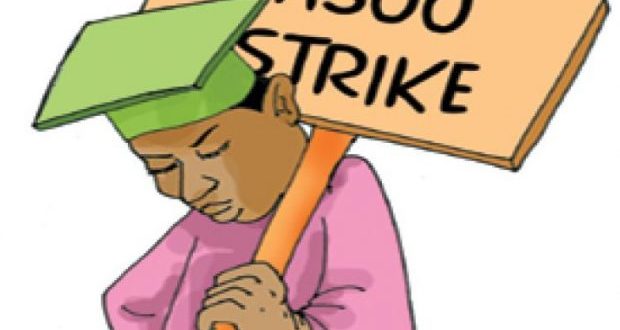 As it stands today, except a new reality emerges, the renegotiation of the 2009 agreement between the Academic Staff Union of Universities (ASUU) and the Federal Government of Nigeria (FGN) has been stalled by FGN. As a quick background: this agreement was originally due for renegotiation in 2012 but delayed, through FGN’s antics, till 2017 when Wale Babalakin-led FGN-empanelled renegotiation committee came on to continue government’s antics through a ‘phantom’ renegotiation with ASUU’s team in order to waste board everybody’s time. This premeditated “wild goose chase”, on the part of Babalakin and his co-travelers, continued until he (Babalakin) was forced to resign as chairman of the Governing Council of the University of Lagos on the 15th of September, 2020. As FGN was left in a lurch owing to this sudden resignation that nearly poked holes in their fakery, it has no choice other than to constitute Munzali Jibril-led renegotiation committee. This committee submitted a renegotiated draft agreement in May 2021.

The draft agreement was with FGN for months without them signing or stating their reservation(s) concerning it. This was the case until the 14th of February, 2022 when a four-week roll-over strike action was declared by ASUU. We do not want to occupy space with all the ASUU’s sacrificial efforts aimed at averting the strike action – the last option. Unfortunately, it was this strike action that jolted FGN into ‘wakefulness’, thereby confirming the long-held opinion by labour unions that the only language Nigerian governments understand is strike! Cutting the long story short, after feckless propaganda targeted at the union and its strike, FGN threw the Munzali Jibril-led renegotiation committee’s draft agreement into the trash bin without any publicised reason(s)! Is this not an insult to the respectable members of that (their) committee? To waste more time, another committee led by Nimi Briggs was set up in March 2022. This committee met with the teams representing university-based unions and eventually submitted another draft agreement to FGN in June 2022. That was the last thing we all heard of the said document!

For clarity, we have only used the scenario above to show how irresponsive and irresponsible a party to a collectively-bargained agreement can be. In this case, we are referring to FGN. Now, NONE of ASUU’s demands leading to the current strike action has been met! In fact, FGN is showing its true ‘colour’ by not wanting to abide by the principle of collective bargaining. Some of us saw this coming earlier than now! Instead of returning to the negotiating table, FGN, its ‘megaphones’ and those into hatchet jobs in the media have gone to town to misinform, disinform and mislead the public by stating that the only thing holding ASUU back from suspending the current strike is their withheld salaries resulting from the selectively persecuting and discriminatorily enforced “no-work-no-pay”. Can you beat that from those clowns? The issue of withheld salaries is not even among ASUU’s core demands that led to this strike. We join ASUU in asking FGN to inform the public, clearly with evidence, what constitutes the 80% of ASUU’s demands they claimed to have met. When will this government stop telling people needless lies?

The refusal of the government to: obey its laws; respect its committee’s recommendations; implement collectively-bargained agreements; are all recipes for disorderliness! Certainly, ASUU (a union of intellectuals) cannot be provoked to engage in disorderliness. The union, as the think-thank of the country, will not descend to that level where the government is, currently! This is not the first time. Past governments have also gone this low. The road we are on, now, is not strange to ASUU; it has been passed before and it will be passed again! We will liken repudiation of collectively-bargained and freely-signed agreements – for the sake of simple non-legalistic explanation only – to disobedience of court order which this and past governments have been fond of engaging in! Again, for those who may want to twist this analogy out of context, an order of a law court of competent jurisdiction is NOT the same as an agreement between two or more parties! Actually, the law courts do validate or invalidate agreements! For the sake of the earlier-mentioned non-legalistic explanation, we quote from an article by Muiz Banire:

“…..up till date, a lot of us are still unable to link the consequence of the disobedience to court order with this [Nigeria’s] disorderliness…..For those ignorant of the connotation of disobedience to court order, it simply implies situations in which binding orders rendered by a competent court of law are ignored or neglected by a party to a litigation who is meant to obey the order through action or inaction…..let me promptly correct the impression of the inapt equation of judgment with justice. Justice occurs upon the realization of the fruits of judgments, which hardly obtains these days. Hence, judgments, by way of decisions, continue to be rendered by the courts but the aggrieved victorious parties are not getting justice…..”

Like the “victorious parties” in this Banire’s article, ASUU has been reaching agreements with the government in the past but “justice” – in terms of faithful implementation of these agreements – has been denied the union, always! The current imbroglio is even worse than those from non-implementation of agreements! This is because the government’s posturing is now that of a ‘master’ offering what he/she deemed fit to a ‘slave’ in a manner of “take-it-or-leave-it”. This is very annoying and condemnable! If academics can be so treated by a ‘civilian’ government, we wonder where the country is tending towards. It is increasingly clearer that those in government perceive other Nigerians (who are not as privileged as they are) as slaves! However, it is devastating, to sane minds, to see those perceived as slaves by oppressors supporting the same oppressors in attacking ASUU! Is this another classic case of “Stockholm Syndrome” we had written about in the past? We really sympathise with these ‘slaves’, particularly the youths among them! The bad news to oppressors is that members of ASUU are not among these ‘slaves’!

A fascist regime has decided to declare and wage war against ASUU and its members for daring to ask questions (in a “democracy”) in their country! This is a good case of brawn versus brain. Which one wins? We are watching the events. Most members of ASUU have been able to “cross the Rubicon” even with the embarrassingly excruciating economic inconveniences they have been subjected to since the cessation of payment of the insulting and demeaning ‘pseudo-salary’. We will continue to contribute to all the advocacies that are aimed at waking up those being perceived as ‘slaves’ from their deep slumber. We are very much convinced that those characters – with vain arrogance – in government, being fascists, do not want to engage ASUU in any negotiation anchored on collective bargaining principle. We are telling them for free that propaganda and mudslinging have never, and will never, work successfully against ASUU. Well now, in the mean time, the 2023 general election is fast approaching, for the wise to get ready and do the needful and rightful for themselves and the unborn generation! This is a clarion call!

Charles Igbinidu is a Public Relations practitioner in Lagos, Nigeria
@https://twitter.com/ionigeria
Previous Benjamin Mendy CLEARED of one count of rape against woman, 19, at his Cheshire mansion
Next President Zelensky visits city recaptured from Russia in rapid counter-offensive