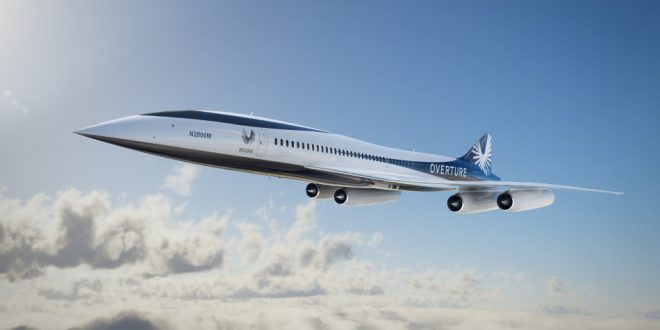 Overture jets would cut the travel time from London to Lagos and New York to London to about 3.5 hours, down from around 6.5 hours will start making flights from 2029.

American Airlines on Tuesday agreed to buy up to 20 of the jet from aircraft maker Boom Supersonic, saying they will cut the time of long-haul flights over water nearly in half.

Still, under development, the Overture is expected to reach speeds of Mach 1.7, or about 1,300 mph, roughly double the top speed of the fastest current commercial jets on the market, including the Boeing 747.

When the Overture starts making flights, currently slated for 2029, it would cut the travel time from New York to London to about 3.5 hours, down from around 6.5 hours.

American, which also has an option to purchase 40 additional Overture jets, made an unspecified non-refundable deposit on the initial 20 planes, each of will carry some 65 to 80 passengers.

Boom says the Overture program will cost between $6 billion and $8 billion. The plane carries a list price of $200 million, although other manufacturers routinely give airlines deep discounts, and American did not disclose what it plans to pay.

Skeptics have questioned Boom’s ambitious timetable, especially in light of the many years it has taken Boeing, an established manufacturer, to get planes or even retrofits to planes approved by the Federal Aviation Administration.

Also, Boom does not yet have an engine manufacturer lined up. It is talking with Rolls Royce and others.

Boom’s four-engine Overture jet can fly people from Miami to London in just under five hours, the company said, cutting the nearly nine-hour flight time between the cities by almost half.

The Los Angeles to Honolulu route is projected to take just three hours, down from nearly six hours on conventional planes.

The era of regular commercial supersonic flights appeared to have ended in 2003 when Concorde, flown by Air France and British Airways, was retired after 27 years of service.

Supersonic jets have come under criticism from environmentalists for burning more fuel per passenger than comparable subsonic planes.

The Overture jet, being designed to run 100 percent on sustainable aviation fuel or a blend, will be rolled out of Boom’s Greensboro, North Carolina factory in 2025, followed by test flights in 2026.

The Allied Pilots Association (APA), which represents pilots of American Airlines, criticized the deal, saying the carrier should instead focus on reducing cancellations and delays which have hit its operations this year.

‘If there aren’t any changes to how management schedules this airline and its pilots, there will just be supersonic cancellations,’ APA spokesperson Dennis Tajer said.

American has struggled this summer, canceling more than 9,300 flights since June 1 – more than double the cancellations at United, Delta or Southwest – according to FlightAware.

Last month, Boom announced changes to the plane’s design to make it simpler and less expensive to build and maintain.

The most striking change was going from three engines, including a different type on the tail, to four identical engines under the delta-shaped wings.

The new design was revealed at the Farnborough International Airshow, with Boom describing Overture as an ‘economically and environmentally sustainable supersonic airliner’.

Charles Igbinidu is a Public Relations practitioner in Lagos, Nigeria
@https://twitter.com/ionigeria
Previous Mike Tyson pictured in a wheelchair at Miami Airport, raising new fears for his health
Next Cristiano Ronaldo says the truth over his Manchester United exit saga will come out in a couple of weeks