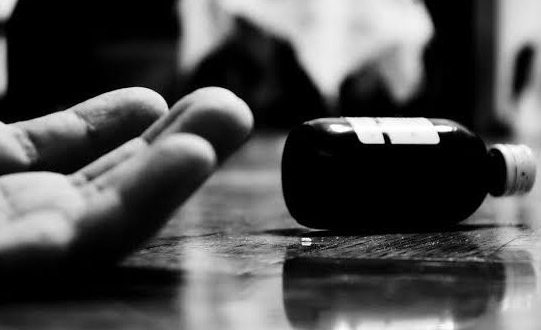 A young nursing mother has reportedly committed suicide due to problems in her marriage.

Mrs. Esther Frank, from Anambra state, is said to have consumed a poisonous substance in Uyo Akwa Ibom state.

Before consuming the substance, she left a suicide note for her husband that reads: “Please take care of my children please. I can’t take the pressure and lies you are telling again. I can’t take it, please its too much. You made everyone around me to hate me.”

The mother, in her early 30s, was rushed by neighbours to St Luke’s Hospital in Anua, Uyo, where she was confirmed dead.

A neighbour of the deceased spoke to DailyTrust on Friday, April 10. The neighbour, Mrs. Iboro Etuk, said she and the deceased talked before the unfortunate incident. She said they both stood outside the gate of their compound to buy water before the deceased told her to take care of her children as she was going out to buy something.

Mrs Etuk explained that when she later heard the baby of the deceased crying continuously, she went inside the house of the deceased and found her on the floor. She noted that in trying to shake the deceased to wake up, she discovered the bottle of Sniper and raised an alarm, attracting the landlady.

According to her, they rushed the deceased to the hospital where she died, leaving behind a three months old baby and a three-year-old son.

“Mrs. Esther Frank, is in her early thirties. She just graduated from the University and is yet to go for her youth service. She is from Anambra state while her husband, Mr Frank is from Delta state but he is currently in Dubai,” she said.

The children of the deceased are now currently staying with the neighbour.

When the Police Public Relations Officer, CSP Nndum Fredrick was contacted, he said he was yet to be briefed on the incident.