The activities of GNLD and other recruitment firms in Lagos are giving harried unemployed youth serious concern, ionigeria investigates. The expanding rate of joblessness in Nigeria has dependably been a noteworthy wellspring of worry for the government and its citizenry, and the need to meet daily desires has rendered a few jobless youths powerless against various indecencies and plans.

Nigeria at present is a country full of unemployed citizens. The Buhari-led administration promised over thousands of job opportunities if voted into power. Unfortunately, nothing of such has been implemented. Rather, what Nigerians get are economic woes, daily job loss, and retrenchment of workers.

As indicated by the National Agency of Measurements, (NBS), Nigeria’s joblessness rate ascended from 12.1 for every penny in the main quarter of 2017 to 13.3 for each penny as toward the finish of the second quarter. Owing to the increase in the number of job seekers, there has been a mammoth increase in networking businesses and firms, ionigeria gathered. One which is more pronounced is the well known GNLD networking firm.

According to research, GNLD is a health maintenance organization established by Mr. Jerry Brassfields. The organization is into wellness and health industry.

“We are a global health and Wellness Company committed to helping people take control of their health, not only physically but also financially. With over 55 years of experience, and currently operating in over 50 countries, we offer peace of mind that the success you build with our family is one you can pass down to future generations.

“Our mission is to improve lives by offering the highest quality products and best business opportunity in direct selling. Since 1958, we have been providing health for the whole family, with our whole food NeoLife nutritionals, scientifically formulated Nurturance personal care and environmentally friendly Golden Home Care…”

Investigations by ionigeria in Lagos State — which isn’t restricted to the State alone — evince that the prominent health maintenance organization, referred to as Neo-life Diamite (GNLD) is fond of posting temptingly appealing but sham job openings to ensnare unsuspecting youth into trusting that there’s a big job prospect.

The job opportunities are straightforwardly not posted by GNLD, but rather by marketers working for the organization, who target unemployed youth who would stop at nothing to become billionaires overnight. They claim to be in search of graduates to work as business development executives, client relations officers, administrative officers and so on. Hence, the need to advertise these fake jobs on job portals.

In Lagos, each divider, walkways, and even boards are regularly covered with advertisement for job opportunities for financiers, chiefs, directors, bookkeepers, secretaries, cleaners among others. Some, in addition, go as far as printing flyers with engravings — such as “Job opportunities in a multinational company,”— with a phone number and email to send in curriculum vitae. The flyers are handed to passers-by at strategic locations such as bus-stops and overhead bridges. Up next is a text message inviting applicants for an interview at Isolo or any of their branches in Lagos.

At the point when candidates go for interview, it ends up being a seminar where candidates are influenced to join a networking business and sell drugs for the organization. ionigeria gathered that unemployed youth are asked to pay N12,500 as enrollment fee and are asked to get more individuals to ‘upgrade their downlines’.

The Evil in Wellness Home

ionigeria reporter went undercover to unearth shady activities of GNLD marketers by joining the clique of job seekers and contacted a phone number on one of the job posts found on Jobberman, a Nigerian job portal. The following day, he was asked to come for an interview at Oremeji Street, Isolo, Lagos.

On arriving, there was a vast lobby loaded with other job seekers who, rather than being interviewed, were being convinced into joining a networking organisation where they could emerge millionaires within a short time frame. A sudden protest descended on the building, and a few candidates who could not withstand the disappointment stormed out of the untidy hall in anger.

After three hours of sweet-talking and brainwashing, new members are asked to pay a sum of Twelve Thousand Five Hundred Naira to join the networking firm. Various mode of payment had been devised to ensure payments are made instantly before leaving the venue. At the worst level, members are told to pay Five Thousand Naira and the rest in installment.

I told the lady that attended to me that I came from Abuja and I have only six thousand Naira left on me which was meant for my transportation back to Abuja, telling her how I was deceived with the job interview. The busty, short and round lady — whom I later knew as Tola — encouraged me to lie to my family members that the interview did click well and I am starting training immediately, hence, they should send me money for feeding and transport which I will rather use to complete my balance for registration.

A job seeker, Tunde Odebiyi, in a chat aired his disappointment, portraying the circumstance as a trick on jobless youth.

According to him, “this is the most irritating joke that you can play with an unemployed person. I have known about this GNLD junk previously but I am not in the know that their trick has gotten to this level.  The worse part of it is how they expect an unemployed graduate to cough out 12,500 Naira to purchase unknown drugs. If I have that amount of money, what would I be doing here?” he questioned.

“One of them was even trying to stop me from going, imagine o. As if I must wait by force,” he added.

This undercover reporter engaged other disappointed job seekers in a chat to get their reactions on the trick played by GNLD marketers into luring them to appear for a ‘supposed’ interview.

Chioma Ifeanyi — a young, light-skinned lady — narrates how she came from Benin to attend the interview, believing it was a real job. According to her, her friend, who is a GNLD marketer but unknown to her, had painted a picture of a big multinational firm to her to secure a job but must attend an interview using her connection.

“I started the journey from Benin to Lagos without been given an address until I was already on my way. I got to Lagos the same day and went for the interview the following day. Immediately I arrived the venue of the interview, I knew I had been deceived to come to a Lagos I have not been before.

“I just saw large crowd seated in circles with an instructor in each group, others were moving up and down, while some were paying money. I quickly knew as I saw different kinds of people there, some with dirty clothes, some with polo shirts, some with faded clothes, I even saw clothes with stitches and patches on.

In a subsequent chat with another job seeker who requested anonymity, he said he suddenly got a text message from a friend, inviting him for a birthday party, adding that on getting there, it was a GNLD seminar.

“I’m not against the brand but why should you deceive people to suit yourself? If GNLD is as credible as they claim it is, why should you initiate people into it through crooked means?

“It is so disappointing to see what this country is turning into. I have heard people saying this but it never occurred to me that someone was making a fool out of me. There is need to put a stop to this honestly,” he said.

A GNLD consultant, who simply gave his name as David in an informal chat, explained that ‘there was more to the business than is seen.’ She said although some people end up not achieving anything monetary from the network, others do.

He concluded that most times, ‘the way in which members are sourced for, are major factors limiting the growth of the drug network.  On his personal successes through the scheme, he said proudly, “I just returned from Dubai courtesy of this same GNLD they are criticizing… “ 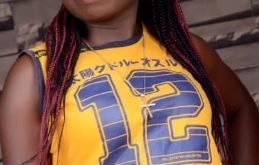