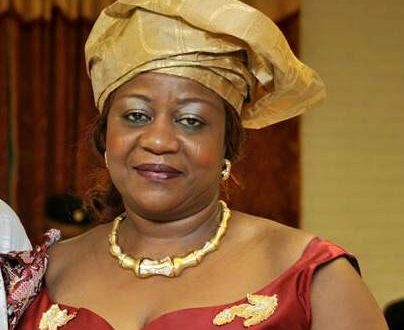 The Senate, on Tuesday, rejected the nomination of Lauretta Onochie as a National Commissioner of the Independent National Electoral Commission.

Chairman of the Committee, Kabiru Gaya, in his report, said Onochie did not satisfy the provisions of the Federal Character Principles.

According to the report, Lauretta Onochie, cannot be a commissioner of the Independent National Electoral Commission (INEC) for now.

This is because there is currently no vacancy for Delta State (where she hails from) as a National Commissioner, Chairperson of the committee, Kabiru Gaya, who presented the report of the vetting done on Ms Onochie’s nomination, said. The committee therefore recommended that the presidential aide’s appointment be rejected.

Mr Gaya said she was disqualified based on federal character principles as there is currently a serving commissioner from Delta State, where she hails from.

That means that two national commissioners must be drawn from each of the country’s six geopolitical zones.

The Senate at the committee of the whole subsequently voted against her nomination.