The Minister of Works and Housing, Babatunde Fashola, has said infrastructural projects all over the country justify the foreign debts by the present administration.

According to the Minister, President Muhammadu Buhari-led administration met N18billion in 2015 appropriated for works, saying the government had to borrow to execute the projects.

Fashola spoke on Thursday at the opening ceremony of the 28th National Council of Works meeting holding in Kano.

He said, “Our first budget [in 2016] was over N250 billion up from the N18 billion we met in 2015, that was an increase of over a thousand percent, even though the price of crude oil was dropping, we did not raise taxes.

“So, some of these monies had to be borrowed. So, when you hear those conversations about public debts, this is where the money went. Just remember that. And, every time, I ask people who say don’t borrow, I am not suggesting that we should not be concerned about borrowing, but I am also saying who does not need the projects? Let us see the state from any of the 36 states here, is there a project in your own state that you want us to stop, because we will reduce the debt by that number,” Fashola asked the states’ commissioners of works in attendance.

He also said the Federal Government has been able to deliver more than 1,800 kilometers of roads across the six geopolitical zones so far and is determined to complete all the ongoing projects before the expiration of its tenure in May next year.

The Minister also said the best way to distribute money to the economy legitimately is through infrastructure, adding that their projects have revived over 320,000 jobs that previous administrations laid off for relegating works.

Also speaking, Kano state Governor, Abdullahi Umar Ganduje, said there is a need for synergy between the federal highways and states and thanked the Buhari administration for initiating projects in Kano state.

He, however, lamented that Nigeria could have benefited positively from the ongoing Russia-Ukraine war if previous administrations had provided the needed infrastructure to transport Nigeria’s gas to other countries, especially through the Ajaokuta-Kaduna-Kano gas pipeline and Kano-Katsina-Maradi rail line.

The five-day council meeting which started on Monday brought together different stakeholders.

Charles Igbinidu is a Public Relations practitioner in Lagos, Nigeria
@https://twitter.com/ionigeria
Previous Sylvester Stallone’s 25 years wife files for divorce, days after the megastar replaced tattoo of her face with a dog
Next Obasanjo, Obi Meet Wike In London 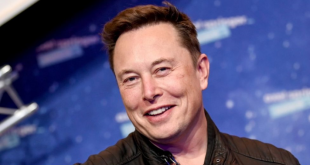