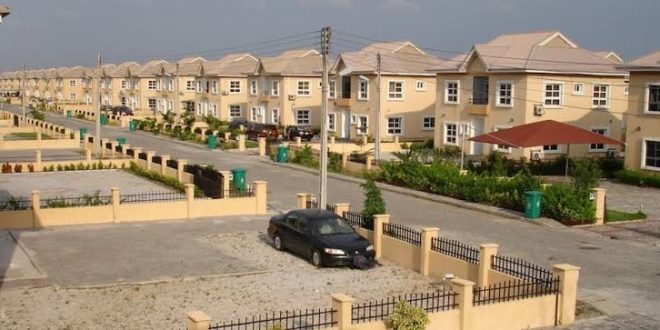 The Federal Inland Revenue Service (FIRS) had directed landlords and property agents to charge six per cent stamp duty on all tenancy and lease agreements to shore up its revenue sources and later recanted, as the move was not supported by law.

The agency, The Guardian learnt, recanted on its order after its attention was drawn to Section 3 of the Act of Stamp Duties Act Cap S8 Laws of the Federation of Nigeria 2004 (as amended) by the Finance Act No. 6 Vol. 107 of 2019, that the rates payable were not amended in the new Finance Act.

Following public outcry, the FIRS Executive Chairman, Mr. Muhammad Nami issued a clarification on stamp duty rates on rent at the weekend. Under the Act, the stamp duties rate on rent or lease is graduated depending on the number of years in the agreement. For instance, where the tenancy is yearly or less than seven years, the tenancy would be 0.78 per cent.

In tenancy from seven years to 21 years, the applicable rate would be three per cent, and where it exceeds 21 years or is indefinite, the applicable rate would be six per cent. In Lagos for instance, by virtue of Section 4 of the Tenancy Law of Lagos State, every landlord is expected to receive rent between six months and one year for monthly or yearly tenants respectively.

The implication is that tenancies in Lagos, except those exempted in the law such as Apapa, Ikoyi, Ikeja Government Reserved Area and Victoria Island, are granted for a period not exceeding one year.

Other stamp duty charges are also applicable to the real estate sector include Appraisement or valuation of property, .5 per cent; Certificate of Occupancy and Partnership, N1, 000 flat rates; Gift of Land, 1.5 per cent and Legal Mortgage, 0.375 per cent.

It also includes Legal Mortgage (Up stamping), 0.375 per cent; Deed of Conveyance or Transfer on Sale of Property, 1.5 per cent; Memorandum of Understanding Up stamping of Land, Sales, Joint Venture, Surrender, Subdivision Agreements, 1.5 per cent; Power of Attorney (Irrevocable/Land Related), 1.5 per cent and Sales Agreement, 1.5 per cent.

The Nigerian property market has been weak for some time, and rents have fallen fairly drastically in major cities such as Abuja, Lagos and Port Harcourt for quite a while. There appear to sign it could be stabilising, but the coronavirus pandemic threatens its recovery.

Some areas in Lagos market have been strong and the vacancy rate very low, while in the highbrow areas, the vacancy rate remains high. There are fears that the new stamp duty could worsen the situation, as property developers will be forced to suspend construction activities due to high charges.

Besides, the pandemic has impacted many households and some people are worst hit due to loss of means of livelihood and closure of companies, while others face eviction or have relocated to the outskirts to avoid higher rents. Many self-employed could not earn any income in the last four months.

Specifically, industry watchers say that except the government backed down on its negative policies for the real estate sector, the property market would be heavily affected.

Former president of the International Real Estate Federation (FIABCI), African region, Mr. Chudi Ubosi said, “this should be shelved. There are already too many taxes on real estate transactions. What the government need is to ensure full compliance of these taxes.

“In this COVID-19 times and its negative effects, this is hardly the period to introduce new taxes. The government should, on the other hand, be introducing palliatives to make life easier. FIRS would make a lot of money by spreading the tax net wider and bringing in more properties; encourage property owners to process title to their properties so that they can free dormant capital.”

For the Chairman, Royal Institution of Chartered Surveyors (RICS), Nigerian chapter, Mr. Gbenga Ismail, “this is very ill-advised. Government should cease and desist. Abort this proposition.  It is not progressive. Their data projection is wrong on potential revenue that can be raised from this source.

“The cost of transacting real property will increase. Definitely this will either cause avoidance and or ignorance. Effective demand will immediately be impacted as stakeholders will immediately find it a burden.”

Ubosi corroborated Ismail’s view, saying, “it will make it more expensive to let houses as most landlords will pass this new tax to tenants. It will increase litigation of landlord and tenant.

“It may also create a black market whereby landlords will collect some rent in cash and reflect only a little on the lease agreement.”

According to Kola Akomolede, an estate surveyor and valuer, in Lagos state, there is already payment of stamp duty on the deed of assignments or sublease and tenancies of more than three years, if you want it to be registered. He said that to ask for another payment of stamp duty would amount to double taxation.

Akomolede, a FIABCI Nigeria chapter past president, added, “at a time when many tenants cannot pay their rents due to the lockdown of the economy for months now, I think, it is a wrong time to put an additional financial burden on the common man.”

The experts foresee a hard time for estate agents, as their job will be more difficult. They will also suffer the backlash from tenants, as many agents will have to concede on fees to be able to close transactions involving leases.

Ubosi didn’t see an increase in rents. “What I see coming is a resistance to pay tax. And creative means to avoid it. Many agents are already having challenges letting out their properties. So, this will only increase the challenges, as more is demanded from tenants.”

There are also fears that a lack of data on properties and landlords may be a hindrance to the implementation of the government’s new stamp duty policy. “We don’t have the structures or mechanism to implement these policies,” Ubosi said.

Ismail added, “ This will be difficult.  Without data to track transactions, it will be like looking for a needle in a haystack.  Again, the victims will be the law-abiding multinational organisations.”

Akomolede noted that many tenants would not bother to have tenancy agreements. His words: “In which case, they won’t even have to pay for the legal fees for the preparation of the agreement in the first place. A letter of offer, acceptance and consideration is enough proof of contract.

Even for deed of assignment or sublease, many people will not bother themselves, if the cost of perfecting title becomes too exorbitant. This has been happening in Lagos state. Government realized this and reduced all the costs such as consent fees, registration and stamp duty fees from 15 per cent of the value of the property to about 3 per cent.

“Lack of perfection of the title will lead to a reduction in ease of doing business that the government has been encouraging. The overall effect is to discourage investment in property development, which may result in a reduction in the supply of housing with the effect of the increase in rents and house prices.

He wondered why the agency singled out valuation reports for tax. “Already, every valuation report must have a stamp purchased from the Federal Government through the Estate Surveyors and Valuers Registration Board on Nigeria (ESVABORN). That also will amount to double taxation. To ask for payment of 1.5 per cent of the value of the property on valuation reports is very ridiculous when in actual fact the fees for such exercise is not even up to 1 per cent.”

“It is also very unfair to be asking people who want to take a loan from banks either to build a house or to finance their businesses to carry the burden of additional tax in form of stamp duty or any other name,” Akomolede said.