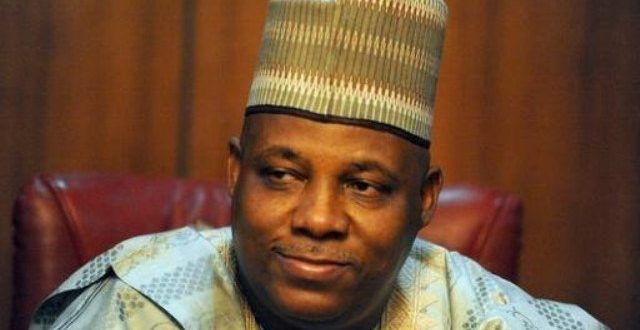 2023: No Better APC Presidential Aspirant Than Tinubu In The South – Shettima

Former Governor of Borno state, Senator Kashim Shettima has said for equity and justice, the South ought to produce Nigeria’s next president.

Shettima, who was speaking at the Asiwaju Ahmed Bola Tinubu support group conference in Abuja on Monday, said if the Presidency moves to the South, nobody from the ruling All Progressives Congress (APC) in the region is more qualified than Bola Tinubu to lead the country.

He also stated that having sacrificed so much for Nigeria and the ruling All Progressives Congress, (APC) it was time to reciprocate.

Apparently speaking on the backdrop of the communique issued by the Northern Leaders of Thought in Kaduna at the weekend, Shettima said the future of the country rests on the choice of a “unifier” like Bola Ahmed Tinubu as president.

He described Tinubu as a leader of leaders, a man who used his vast connection to enthrone the present administration.

He said, “While Tinubu’s political contemporaries were trading their principles for a place at the table in Abuja during President Olusegun Obasanjo’s era, and throwing their political allies under the bus, he took the risk to build a political alternative to the ruling party and his choices of candidates underlined his political credentials.

“Asiwaju’s choices and endorsements of northerners as presidential candidates while others were masterminding ethno-regional solidarity and fueling socio-cultural affinities readily affirm his pan-Nigerian profile. Where others see divisions to exploit, he sees collaborations. And it’s this patience that has brought us together today, to remember the examples he’s set and the debt we owe him”.

On the controversy in the age of Tinubu, Shettima said, “The attempts at weaving ridiculous fiction to override the history we’ve all witnessed demonstrate the detractors’ utter desperation and cowardice. One of such is the mischievous fixation on his age and the wild conclusions that he’s physically unsuitable for the Office of the President. This obsession characterizes the thinking of those who have no understanding of Asiwaju’s incredible work ethic.

“The mark of true leadership isn’t the ability to lift a bag of cement. It’s the mental effort to think rationally of solutions designed to redeem one’s people and territorial jurisdiction.

” I’m not asking you to tone down critical assessments of your future leaders, but redirect you to see the bigger picture. We are not here to prepare for the Olympics, but an institution that relies on the superiority of ideas to thrive.”

In his submission, former secretary to the Federal Government, Babachir Lawal, stated that even though the All Progressives Congress, (APC) has not lived up to expectation, they are committed to producing Asiwaju as the flagbearer of the party,

He said members of the Tinubu support groups were ready and determined to work for his emergence as the presidential candidate of the party through any method of primary that the party desires.

Lawal said in terms of who should take over from Buhari, Tinubu has no equal, adding that there is nobody like him in terms of capacity in the APC at the moment.

He therefore urged the groups to work for the success of their candidate as he has what it takes to give Nigeria a bright future.