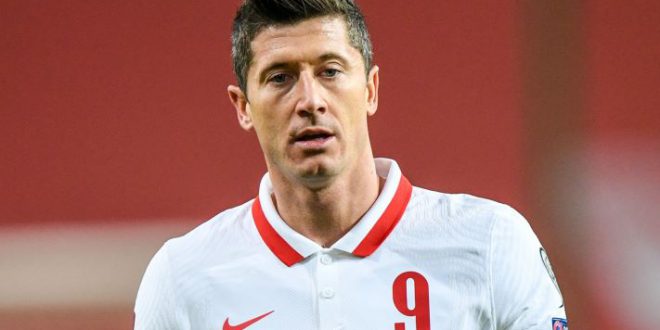 Robert Lewandowski has been crowned the 2021 FIFA Best Men’s Player.

The Poland international pipped fellow final three candidates Lionel Messi and Mohamed Salah to the gong after falling short to the former at the recent Ballon d’Or awards. It is his second successive time winning the award.

Lewandowski’s sensational form has continued into this season with the 33-year-old having bagged 34 goals in 26 appearances already.

Ronaldo, however, did become the all-time men’s international top scorer in November, having taken his tally to 115 and past Iran forward Ali Daei. And as such was awarded with a Special Award by FIFA.

Lewandowski was also named in the FIFA Best World11.

“Thank you very much for the award. I am very humbled,” Lewandowski said upon receiving the award.

After picking up the Ballon d’Or late last year, Messi gave a special shout out to Lewandowski whom many thought should have won ahead of the Argentinian.

Robert Lewandowski has been in sensational form across the past two years ( Image: Action Press/REX/Shutterstock)

“Robert, you deserve your Ballon d’Or,” he began.

“Last year, everyone was in agreement to say that you were the big winner of this award. Hopefully, France Football will give you the 2020 Ballon d’Or. We all believe you deserved it and I hope you can have it at home.”

After missing out on the award, Lewandowski told Polish outlet Kanale Sportowym: “I felt sadness. I can’t deny it.

Charles Igbinidu is a Public Relations practitioner in Lagos, Nigeria
@https://twitter.com/ionigeria
Previous 2023: No Better APC Presidential Aspirant Than Tinubu In The South – Shettima
Next REVEALED: Cristiano Ronaldo and Lionel Messi refused to vote for each other in FIFA Best Men’s Player award