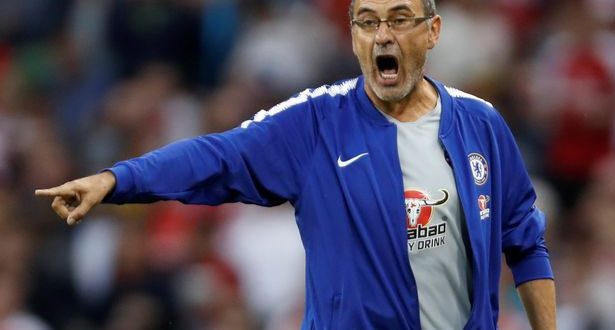 Paul Pogba drove Manchester United into the FA Cup quarter-finals and pushed Chelsea manager Maurizio Sarri closer to the sack as the troubled holders crashed to a 2-0 defeat on Monday.

Pogba set up United’s opening goal for Ander Herrera with a majestic cross and the France star added the second himself as Ole Gunnar Solskjaer’s side produced a commanding display at Stamford Bridge.

Chelsea’s lacklustre fifth round exit — their first FA Cup defeat since the 2017 final — was another painful blow for Sarri, who is facing a fight to save his job following a dismal debut season.

Chelsea suffered their heaviest defeat for 28 years when they were thrashed 6-0 at Manchester City earlier this month, an indignity that came just weeks after a humiliating 4-0 loss at Bournemouth.

Amid claims Sarri has lost the support of his players, the former Napoli boss watched ashen-faced as Chelsea collapsed again for a fifth defeat in their last 10 games.

Sarri was subjected to chants of “you don’t know what you’re doing” and “you’re getting sacked in the morning” from frustrated Chelsea fans, who called for their former star Frank Lampard, now in charge of Derby, to replace the Italian.

It was the worst possible start to a defining period for Sarri, whose stubborn tactics and dubious man-management have come under intense scrutiny.

Chelsea, currently outside the Premier League’s top four, return to action against Malmo in the Europa League last 32 second leg holding a 2-1 lead on Thursday.

Assuming he hasn’t been axed by demanding Chelsea owner Roman Abramovich before then, a shock defeat against Malmo would be catastrophic for Sarri ahead of next Sunday’s League Cup Final date with Manchester City.

United are through to the last eight for a fifth consecutive season as they look to win the FA Cup for a record-equalling 13th time and first since 2016.

Ending United’s nine-game winless run at Chelsea was another feather in Solskjaer’s cap as his team bounced back from last week’s Champions League last 16 first leg loss to Paris Saint-Germain.

Solskjaer went unbeaten in his first 11 games and the interim boss showed his tactical skills by out-witting Sarri with his switch to a midfield diamond formation.