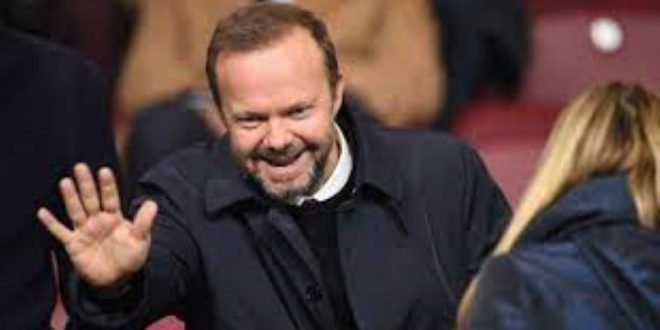 Inside story of why Ed Woodward quit Manchester United

Ed Woodward dropped a bombshell that he is standing down as executive vice-chairman at Manchester United on Tuesday night.

The news came as Manchester United announced they would be U-turning on their controversial decision to join the European Super League following a huge backlash from fans.

Woodward according to Mailonline felt he was left with no choice but to walk when the project he had been a key part of crumbled before his very eyes as each of the Premier League’s big six clubs also pulled out of the competition.

Woodward used to work for JP Morgan, the American bank financing the Super League breakaway, and was instrumental in Man United, and the rest of the big six, signing up.

But he, like other club chiefs involved in the doomed project, woefully underestimated the furore the decision would cause.

Woodward had actually decided he would be standing down as United executive several months ago, according to the Manchester Evening News.

The 49-year-old has taken a step back in recent years, with Matt Judge and recently appointed football director John Murtough now in charge of transfers at the club.

But according to the Daily Star, Woodward decided to announce he would be standing down early after making “one of the biggest mistakes of his professional career” in regards to the Super League.

Woodward has been bombarded with criticism from fans and pundits alike since the announcement on Sunday, with UEFA president Alexander Ceferin even describing his behaviour as ‘criminal’.

Ceferin said on Monday: “He called me last Thursday evening saying he’s very satisfied with and fully supports the reforms and the only thing he wants to talk about was Financial Fair Play, when obviously he had already signed something else.”

Woodward reportedly telephoned Man United co-owner Joel Glazer amid the continued backlash on Tuesday to inform him he would announce he is standing down early.

Glazer, who is a close friend of Woodward and was named as a Super League vice-chairman, tried his best to talk him out of the decision but was unable to do so.

After the announcement was made, Glazer told the press: “Ed Woodward has served the club with great distinction. On behalf of everyone at United, I would like to place on record our sincere thanks for his tireless work and dedication.

“His contribution to the club has been massive.”

The Daily Star’s report adds that Woodward was disappointed that club managers were forced to face the music while the owners responsible for the decision hid in the shadows.

The former accountant also reportedly believes that irreparable damage has been caused between the big six and the rest of the Premier League. He hopes his announcement he is standing down early will be viewed as an apology.

From now until the end of the season Woodward intends to try and repair the damage caused and, when time permits, will continue to watch the club in action at OId Trafford.

Charles Igbinidu is a Public Relations practitioner in Lagos, Nigeria
@https://twitter.com/ionigeria
Previous Kogi flag off covid-19 vaccination despite denial of its existence in the state by Governor Bello
Next Man on trial for ‘killing and eating his mother’