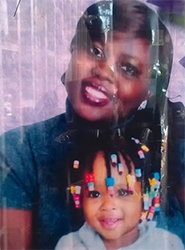 A murder suspect, identified as Gift Edosomwan, who was arrested for allegedly killing a mother and her three-year-old daughter, has reportedly escaped from a juvenile welfare home, where he was being detained in Benin, the Edo State capital.

It was learnt that Edosomwan escaped last Saturday morning from the welfare home at Upper Sakponba.

The 15-year-old suspect and others at large were alleged to have gruesomely murdered the 28-year-old victim, Itohan Enagbare, and her daughter, Iwinosa, at about 1 pm on December 9, 2015.

Southern City News had reported that the deceased mother and child were allegedly stabbed to death at their residence on Osaze Street, off Dumez Road, in Ikpoba Okha Local Government Area of Edo State.

The little girl’s loud cry when she saw that her mother was in danger had also caused the killers to stab her in the back and chest before they fled the scene.

The landlady of the house where the incident occurred had earlier been arrested, but was later released when Gift (suspect) was arrested.

However, the teenager, who was said to be living with the landlady, was later arraigned in court and remanded in prison.

The victims were buried side by side in March 2016 at Erediuwa, off Upper Sakponba road in the state capital.

Counsel to the Enagbare family, Jefferson Uwoghiren, who raised the alarm, described the disappearance of the killer teenager as worrisome.

He also called on law enforcement agencies to re-arrest the teenager and those responsible for his alleged escaped.

When contacted on Sunday, the State Police Public Relations Officer, Mr. Osifo Abiodun, said that he had yet to receive any report on the incident.

Efforts to reach the officials of the welfare home were not successful.

Abiodun said, “Although I am not aware of that incident, it is not from the police custody that he escaped if at all there is anything like that.

“If there is any escape from custody, either prison or not, and the matter is reported to the police, of course, it is the duty of the police to go after the suspect. I am not aware now.”