The Power, Works and Housing Minister, Mr. Babatunde Fashola SAN, has again assured the nation that incremental, steady and eventual uninterrupted power supply is achievable in the country appealing, however, that it could only happen if the citizenry cooperate with the government by taking ownership of and protecting the various power supply facilities across the country.

Fashola, who spoke to newsmen in Lagos after delivering a keynote address at the Nigeria Urban Design Forum 2016 at the LCCI Conference Centre in Ikeja, said government is ready and willing and has mapped out its programme to take the country to incremental power from where it intends to move to steady power and ultimately to uninterrupted power supply.

The Minister, who was responding to a journalist’s question on why power generation had gone down explained that the only way government could realize its programme was if those involved stopped some of the practices like cutting gas pipelines through which gas for the supply of over 80 percent of electricity to the whole country goes to the various gas plants across the country.

“But one of the things we should stop doing is to stop cutting gas pipelines and all of you (the media men and women) must sensitise all of those who are involved because that’s why supply is down”,he said.

The Minister, who noted that 23 of the nation’s power plants are gas powered, added that it was important for those involved to stop vandalizing and cutting gas pipelines adding that it was also imperative that all those involved in the act be sensitized on the evil consequences of their nefarious act to the economy and the people of Nigeria.

Attributing the low power supply currentlybeingexperienced in the country today to the vandalism of some gas pipelines across the country, Fashola declared, “We are ready and willing to supply power but as I have said before, our power plants are no different from your generators at home, if you don’t have fuel you cannot operate the power plants”.

“The main source of about 23 of our power plants is gas, so when people break the gas line it’s like breaking the diesel tank or your petrol tank that supplies your generator at home and that’s why the power situation is currently this bad, so, as soon as we restore those gas pipelines, power will improve”, he assured.

On government’s plans concerning other renewable sources of power, the Minister disclosed that there are proposals that government is currently receiving especially from those who want to do solar and other forms of renewable energy adding that the major incentive for such investment was the market.

According to him, “There is a big and extensive waiting market, perhaps, none of its type in Europe, a market with a promise of very rewarding returns on investment. That, in itself, is an investment incentive”.

The Minister recalled that he held a meeting last week with about 15 to 20 solar energy developers from which they ultimately rose with a resolution that the promoters should write their own business efficiency proposals to government who, according to him, are regulators and are to enable them to be able to carry out their business adding that he is hoping to receive the proposals sometime this week.

On what his Ministry is doing to ensure that Nigerians are metered, Fashola, who said government is already doing a lot in that direction, added that it was one of the reasons for the monthly meetings which his Ministry holds with all the Power Sector operators, including the Distribution Companies (DisCos).

Advising journalists, as stakeholders in the power supply process, to endeavor to read the various Communiques that are issued after the monthly meetings, Fashola said the Communiqués always carry a lot of information and provide answers to some of the frequently asked questions by the general public concerning the sector including the distribution of meters.

“The idea is to have a more reliable source of information on the Power Sector through that once we finish our monthly meetings and we issued a Communiqué”, the Minister said adding that from the monthly meetings in Shiroro and also in Enugu too, his Ministry was monitoring the metering programme and compliance.

He, however, pleaded for patience and understanding from Nigerians arguing that if for 66 years up to 2013, when the Power sector was privatized,the various electricity agencies of government could not meter all Nigerians, it would only be reasonable to expect that it would take some time more than three years to do what has been impossible to do for 66 years.

“I think that is the context, but we are ramping up and the DisCos are committing to a programme on metering”, the Minister said adding that the DisCos are not only being monitored as to what they are doing but “they are under obligation to submit to us the list of people they have metered so that we can go and check”.

Describing the Power process as a result driven business, Fashola said until every Nigerian got metered, government would not consider the job done adding, “I understand that and it will happen but be patient, be encouraging, be supportive and be understanding. It has taken this long and if we have waited for this long we won’t wait for that long again to complete it, we are setting targets and we want to be realistic too otherwise we will become incredible and unbelievable, we also want a system to evolve”.

The Minister called on the DisCos to endeavour to be alert to the problems occurring in their jurisdictions adding that some of the complaints that come to him directly from consumers across the country should be theirs to resolve. He pointed out that his responsibility was to intervene wherever there were disputes the DisCos could not handle and resolve such issues.

Calling for change also in the attitude of consumers, Fashola recalled some instances where distribution companies have sent their staff out to go and collect bills and such staff were stabbed and matcheted, adding, “How do we in good conscience send out people to go and work in that community when we know they are going to be matcheted”.

“So these are all the things that should change,there is a lot of problems but I am optimistic that they can be solved”, the Minister promised but called for a change in attitude adding, “People who have used electricity for decades without paying, suddenly to wake up and say they must pay for something that has been essentially free that will take some time to manage, that’s part of the change and adaptation and I am sure that we will overcome these challenges and they are temporary”. 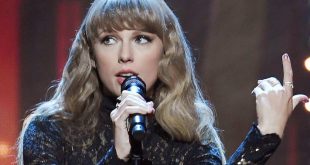