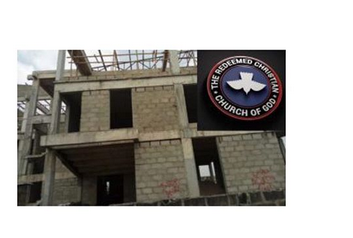 The officials of the Lagos State Building Control Agency, (LASBCA), have sealed the zonal headquarters of the Redeemed Christian Church of God (RCCG), under construction in Ajegunle, a hotel in Ikeja and 6 other buildings over illegal development of structures and for breaking government seal.
The operation was led by the General Manager, LASBCA, Engr. Olalekan Shodeinde. Officials of the Lagos State Task Force were on ground to provide security and arrest culprits during the enforcement exercise.

Shodeinde told journalists in Lagos that all properties sealed had been sealed up to four times in the past, but that their owners always broke government’s seal to continue their illegal development.

More than 11 workers found at the site when LASBCA officials visited were arrested and arraigned at the mobile court, which sat in Ebute Meta area of Lagos at the weekend. They were sent to jail for not being able to perfect their bail conditions after their trial.

Previous We Won’t Kill You, We’ll Just Shoot Your Vagina, President Duterte Tells Feminists
Next Woman Who Kidnapped Baby And Raised Girl As Her Own For 18 Yrs Pleads Guilty