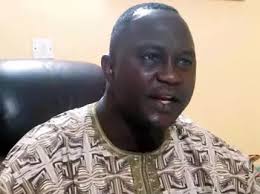 The Nigeria Labour Congress (NLC) has suspended the nation wide strike action called to protest the increase in the price of Premium Motor Spirit otherwise known as petrol, saying the action was a huge success.

In a communique at the end of a two hour meeting of the National Executive Council, the congress said it was said it was ready to return to the negotiating table to discuss the issues that led to the strike and other burning issues affecting the welfare of Nigerian workers.

It said in calling the action, it expected challenges from both within and outside the congress and was therefore not surprised by government’s negative response, adding that it felt fulfilled by having the presence of mind and courage to identify its mission. And fulfilling it.

The communique signed by the President of Congress, Comrade Ayuba Wabba and the General Secretary, Dr. Peter Ozo-Eson said however that it will continue to resist wrong legislations, policies and programmes of government and will always act in the best interest of Nigerians as it remains the only pan Nigerian organisation not affected by religion, region, creed, partisanship or primordial sentiments.

The congress asked the government to play by the rules in its engagement with its constituent parts, stakeholders and non-state actors as proof of its commitment to deepening democracy in the country and also in acknowledgment of the well-worn credo that what goes around, comes around.

It commended the National leader of the All Progressives Congress (APC), Asiwaju Bola Ahmed Tinubu and the National Assembly for their intervention and asked the citizenry to be vigilant at all times as the price of freedom is eternal vigilance.