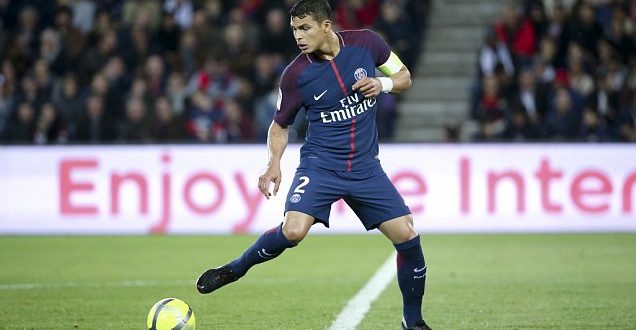 Brazilian Thiago Silva has become the latest Paris Saint-Germain player to have his property robbed during a match, police confirmed on Sunday.

Robbers broke into his home in the upmarket 16th arrondissement of Paris while he was playing in PSG’s Ligue 1 match against Nantes at the nearby Parc des Princes.

The thieves are believed to have got away with items worth hundreds of thousands of euros.

Last month, burglars broke into the apartment of striker Eric Maxim Choupo-Moting while he was in action for PSG against Liverpool in the Champions League.

On that occasion, a police source said, the thieves escaped with loot worth around 600,000 euros ($682,000), mostly in jewels and handbags from the FLAt near the Parc des Princes.

In December 2017, the Paris apartment of then PSG coach Unai Emery, now at Arsenal, was burgled as his team played Strasbourg in the French Cup.