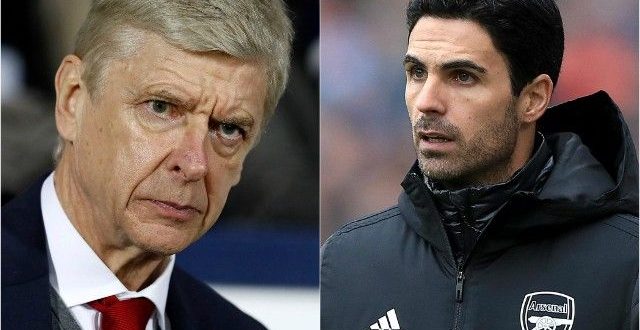 ARSENAL are set to hand Mikel Arteta a bumper pay rise with a new £8.3million-a-year deal this summer.

Arteta has 16 months of his contract to run and the club are eager to secure his long-term future at the Emirates.

And owner Stan Kroenke is keen to emphasise his confidence in the Spaniard by sanctioning a three-year agreement which will be worth £25m for the Premier League’s youngest boss.

Arteta’s current salary of £5m a year does not even begin to compare with his former Manchester City mentor Pep Guardiola, who is on £20m a year at the Etihad.

Arteta even agreed to take a 20 per cent pay cut in April 2020 when the club were struggling to deal with the costs of playing behind closed doors during the Covid pandemic.

And though his job title was upgraded from first team coach to manager in September 2020, it is not believed that his wages were increased.

But now Arsenal are ready to hand a 60 per cent pay hike to their 39-year-old boss to lift his wages to £8.3m, which is the same money Arsene Wenger was earning when he left the club in 2018.

It represents a major change of fortunes for Arteta, who was fighting for his job when Arsenal were bottom of the Premier League after losing their first three games of the season.

Yet in spite of the bookies making him odds-on favourite to get the sack, Kroenke stood by his man and has seen that faith rewarded by a vast improvement in results over the past six months.

Arteta travelled to Denver for face-to-face talks with billionaire Kroenke and his son Josh last month.

And the owners made it clear that the Spaniard has their full support after sanctioning a major spending summer spree to upgrade the squad for a return to European football next season.

Arteta has overseen a mass Emirates clear-out since he replaced Unai Emery in December 2019, with 16 players leaving and shaving almost £90m off their annual wage bill.

But Kroenke accepts that he now has to invest in the club and his top priority is agreeing the kind of salary with the manager which reflects his importance in the project.
Source link
Share

Charles Igbinidu is a Public Relations practitioner in Lagos, Nigeria
@https://twitter.com/ionigeria
Previous Pele is back to hospital with urinary tract infection and ‘struggling to eat or sleep’ after chemotherapy
Next Ngige said he is surprised ASUU and Education Ministry have not resolved their face-off