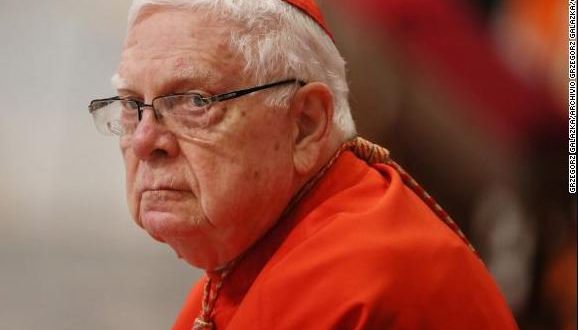 The Vatican has confirmed that Bernard Law, the former Boston cardinal who resigned in disgrace during the church sex abuse scandal, has died at age 86.

He died in Rome, where he served as archpriest of the Papal Liberian Basilica of St. Mary Major after he was forced to resign as archbishop of Boston in 2002.

The scandal reverberated through the church, exposing similar allegations worldwide that compromised its moral authority and led to years of multimillion-dollar settlements.

To his detractors, his second career at the Vatican was a slap in the face to victims of church sex abuse, one that further undermined the church’s legitimacy.