Home / News / Local News / Aisha Alhassan Never Supported Buhari In 2015, She Did Not Even Vote For Him – El-Rufai 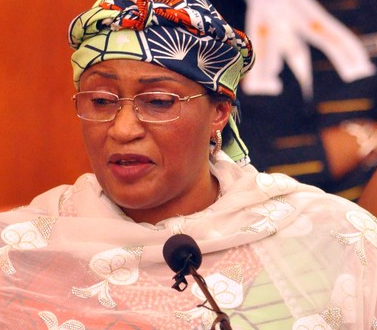 Aisha Alhassan Never Supported Buhari In 2015, She Did Not Even Vote For Him – El-Rufai

Kaduna state governor, NasNewir el-Rufai, has reacted to Minister of Women Affairs, Aisha Alhassan’s recent interview in which she pledged to support former Vice President Atiku Abubakar, if he should contest against her boss, President Buhari in the 2019 presidential election.

El-Rufai who was at the state house earlier today to see president Buhari, told state house correspondents after his meeting, that the women affairs minister never believed in President Buhari nor voted for him in the 2015 Presidential elections. According to the governor, President Buhari only appointed her as a minister as he considered every Nigerian as his son or daughter.

“I just came to see the President and wish him very happy Sallah arrears, I wasn’t able to go to Daura. ‎Hours of works and interactions, today being Friday I happen to be in town and thought I should come see him, pray with him and wish him well. The Minister of Women Affairs, Jummai Alhassan, has been in the Students Union. In the APC she was never in the Buhari camp, she did not support our candidates during the National Convention, she didn’t vote for Buhari during the Primaries. But out of largeness of the President’s heart and to encourage women……Even though she was never a supporter of his politics or what he believes in, his ideology. He still believed that to encourage women in politics , what she has tried to do in Taraba earned her being nominated as a Minister. Many in Buhari camp did not support it but he overode everybody. He tries to consider every Nigerian his own son or daughter and he nominated here. Her comments are not surprising. She has never been a supporter, she has never believed in Buhari ideology. So, I am not surprised. As a Nigerian, as an individual she has every right to express her views and support whoever she wants. What I am saying is Nigerians should not be surprised or shocked. This has always been her position because from time she has never supported Buharism or what Buhari stands for. Being part of Buhari government is a different thing because government sets policies and if you are a minister you execute the policies. You can execute those policies while pursuing a different brand of politics.

The governor said it is solely President Buhari’s decision if she would remain a Minister in his cabinet or not.

“It is the President’s prerogative. Look, you can retain a person in the cabinet even if he doesn’t support you if he adds value to the country. Because this is a government, it is not a political group fighting for some political progress. If Jummai Alhassan is coming as Minister of Women Affairs and adding value to the government and the people of Nigeria is the President’s prerogative to retain her in spite of her political views. But if she is not adding value in spite of her political views she can be dispensed with…… people shouldn’t get worried about it. I have worked closely with the President, I know him and I know how he thinks. He doesn’t take this things personally…. What is primary to him is Nigeria’s progress… that is what matters ultimately He said. 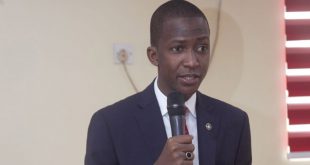