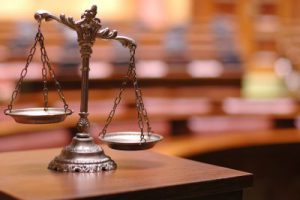 How Man Stabbed Neighbour To Death For Resisting Homosexual Advances

An Ikeja High Court in Lagos on Tuesday ordered the remand of a suspect, Adebayo Ahmed, in prison for allegedly stabbing his neighbour, Samuel Owawu, to death during a fight.

The Prosecutor, Mrs Monisola Oshibogun, said the suspect committed the offence on Jan. 16, 2016 at Oyemekun Bus Stop in Ifako Ijaiye, a suburb of Lagos.

Oshibogun said the fight occurred during an argument over a phone belonging to the homosexual friend of the deceased.

NAN quoted him as saying that “The deceased and his friend, Emeka Uche, had invited a mutual friend named Francis to their house.

“Francis, who is homosexual, immediately started making sexual advances at Owawu when he arrived and Owawu tried to resist him.

“Owawu raised an alarm and a crowd gathered at the residence and started beating Francis the alleged homosexual.

“At this point, Ahmed and some of his friends who belong to the same cult group started demanding for the release of a phone belonging to Francis.

“Owawu had objected, insisting that the phone which had some videos of Francis engaging in homosexual activity would be tendered as evidence to the police.

“Ahmed engaged Owawu in a fight, and in the process he picked up a broken bottle and stabbed him in the chest,” Oshibogun said.

The prosecutor said that the deceased was taken to Ifako Ijaiye General Hospital where he died.

He said Ahmed was later apprehended and handed over to the police.

Justice Bisi Akinlade, in ruling ordered that Ahmed be remanded in Ikoyi Prison, and adjourned the case till May 30 for hearing.