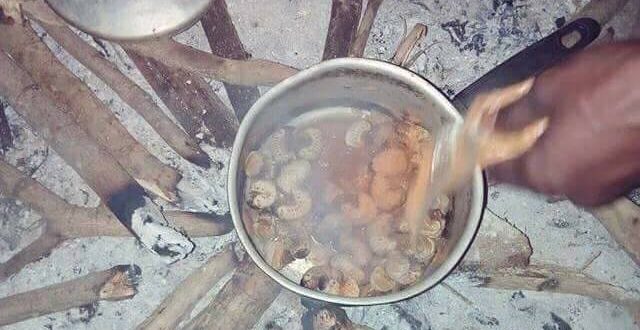 Man must eat’, these are the words of a gallant solider who was seen preparing an unusual type of meal in the jungle. The soldiers who are fighting against the Boko Haram terrorists – were pictured cooking a meal made of caterpillar while at the battlefield.

According to one of the soldiers, the life in the jungle is not easy but that is what makes them who they are, ‘a full man’.

The soldiers later went on to eat the highly nutritious and proteins meal….