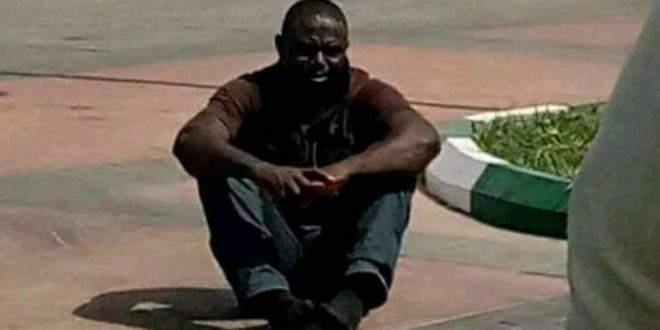 SARS Officer Who Killed Ram Seller, Paraded – Made To Sit On The Ground

It was gathered that trouble started when some angry mob allegedly seized the motor bike of a SARS officer who allegedly hit a young girl.

It was also revealed that when residents of the area were appealing to the officer to convey the girl for treatment, he refused but rather called his other colleagues who are also SARS operatives.

The matter got worsened when men of the SARS arrived the scene and took side in support of their colleagues, an action that sparked the anger of residents of Ganaja, who are natives.

In the ensuing argument, there was a shootout, with a bullet allegedly hitting the manager of BB Umar, who was said to be seated in his shop.

The death of the manager further infuriated the locals in Ganaja, leading to a pandemonium.