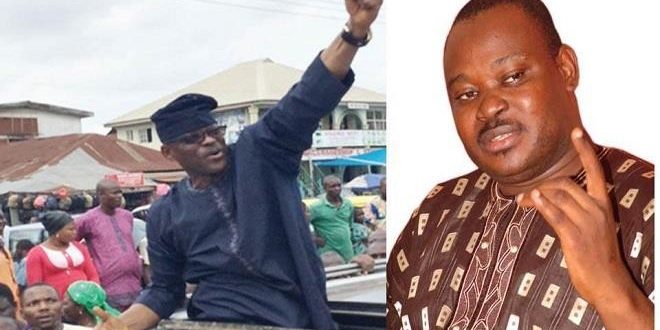 The special panel of the Appeal Court sitting on the Ondo Peoples Democratic Party’s Governorship candidate tussle has granted the application of Eyitayo Jegede of the Makarfi-led faction of the party to appeal the Justice Okon Abang’s judgement which the Independent National Electoral Commission, INEC, had cited as the bases for substituting Jegede’s name with that of Jimoh Ibrahim of the Sheriff-led faction from the commission’s final list of candidates for the state’s governorship elections.

The panel also dismissed the application of sacked factional chairman, biyi poroye challenging it’s jurisdiction and asking for its disbandment

In his lead ruling on Thursday, justice Salauwa said the application of Jegede is of merit having critically examined the grounds of appeal and supporting affidavits as well as counters from the other parties. He said Eyitayo Jegede clearly established with copious evidence that he was affected by the ruling though not a party to the suit having successfully gone through a primaries in Akure.

“I am satisfied that there are reasonable grounds, duly established on why the applicant (Jegede) should be given the right to appeal.

“In the instant case, it is so obvious from processes made available before this court that the applicant is a person having an interest in the matter”, Justice Salauwa held.

He said that Jegede ought to have been made a party at the high court, adding that he has established that he is a person aggrieved by decision of the court below having emerged winner of primary election of the party in Ondo State. The court held that Jegede’s application to be joined in the matter as an interested party was not frivolous.

Two other justices on the panel, Ignatius Agube and George Baba agreed with justice Salauwa that the application is “absurd, blackmail, utmost mischief, abuse of court process aimed at annoying the appellant and obstructing justice.”

The appeal Court justices added that it is a misnomer for the Appeal Court President to consult with parties before setting up any panel which would undermine his administrative powers as enshrined in the constitution.

The two other Justices concurred with justice Salauwa’s ruling.