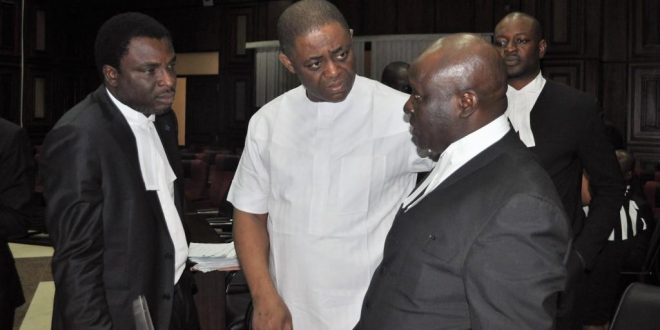 Fani-Kayode and his lawyers

The Economic and Financial Crimes Commission, EFCC, on Thursday, November 10, 2016 arraigned Femi Fani-Kayode, erstwhile Minister of Aviation, before Justice John T. Tsoho of the Federal High Court sitting in Maitama, Abuja on a 5-count charge bordering on money laundering to the tune of N26million.

Fani-Kayode was alleged to have received through his police aid, one Victor Ehiabhi, the cash sum of N26million paid to him by the former Director of Finance and Administration (DFA) of the Office of the National Security Adviser, ONSA, Shuaibu Salisu on the instruction of the former NSA, Col. Sambo Dasuki (rtd).

Ehiabhi and Salisu had through written statements, admitted paying the money to Fani-Kayode in cash.

The accused handled the cash without going through financial institution as required under the Money Laundering Act.

One of the counts reads: “That you, Chief Femi Fani-Kayode on or about the 24th of November, 2014 in Abuja within the jurisdiction of this Honourable Court directly took possession or control of the sum of N26,000,000 (Twenty Six Million Naira) paid through one Victor Ehiabhi by one Shuaibu Salisu who was the Director of Finance and Administration on the instructions , Col. Mohammed Sambo Dasuki (rtd), former National Security Adviser, purporting the money to be payment for contract when you reasonably ought to have known that the said fund formed part of the proceeds of an unlawful activity of Col. Mohammed Sambo Dasuki (rtd) and Shuaibu Salisu to wit: Criminal breach of Trust and Corruption and thereby committed an offence contrary to Section 15(2), (d) of the Money Laundering (Prohibition) Act, 2011 as amended in 2012 and punishable under Section 15(3) of the same Act.”

The defendant pleaded not guilty when the charges were read to him.

In view of his plea, counsel to EFCC, Johnson Ojogbane, asked the court for date to commence trial.

However, Fani-Kayode’s counsel, Ifedayo Adedipe, SAN, told the court that he had a pending application seeking bail of his client. 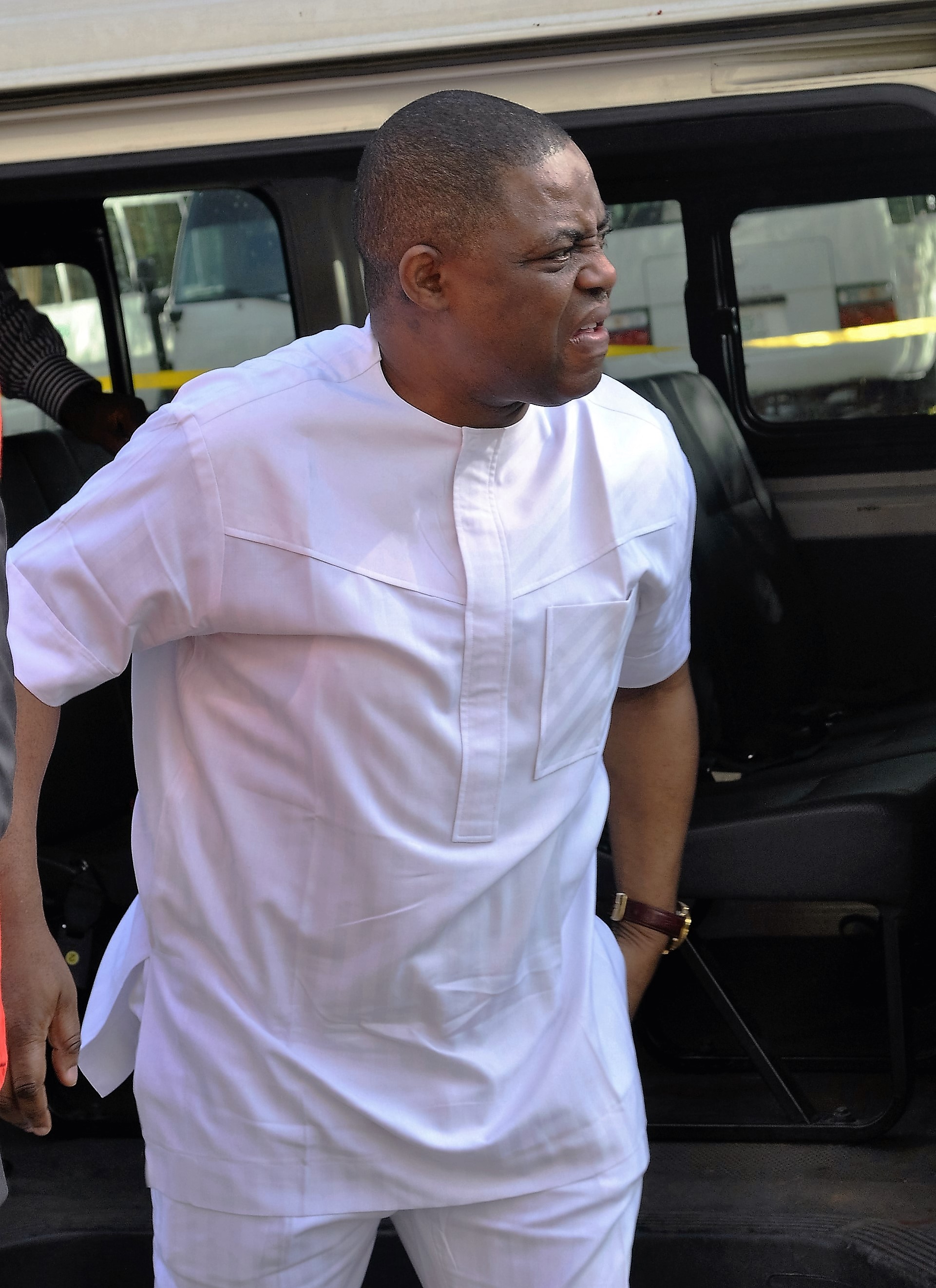 Moving his application, Adedipe urged the court to grant the accused bail considering the fact the offence for which the defendant is charged is bailable and the defendant has been in custody for 21 days.

“My Lord, I will also like to draw your attention to the fact that the defendant is facing trial before Justice M. S. Hassan in Lagos and he has granted him bail. We hereby urge the court to grant the accused bail on self recognition as he has twice served as a Minister to the Federal Republic of Nigeria or in the alternative, grant him bail on liberal terms that will enable him attend his trial”, he prayed.

Responding, Ojogbane while relying on Section 35 (1)(c) and 35 (4)(a) of the Nigerian Constitution said, “Although the defendant has been in custody for 21 days, we are still within the ambits of the law as the arrest and detention was done for the sole purpose of bringing the defendant to court. I therefore urge the court to excise its discretion judiciously and judicially in granting the accused bail”.

Justice Tsoho admitted the defendant to bail in the sum of N50million and one surety in like sum. The surety must be a resident of the FCT and must have a landed property within the FCT.

The matter has been adjourned to December 14, 2016 for trial. The defendant to be remanded in prison custody pending the fulfilment of his bail conditions.