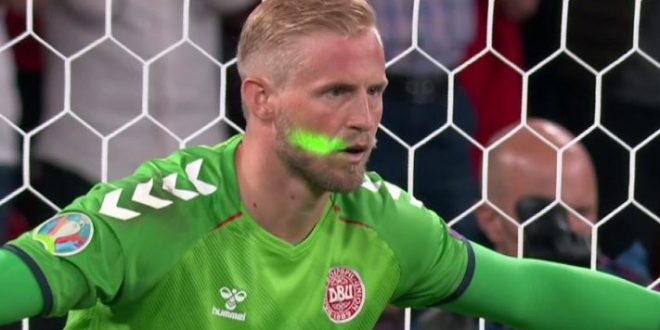 ENGLAND have been hit with three charges from Uefa after their sensational 2-1 Euro 2020 semi-final victory against Denmark.

The Leicester man still managed to save the spot-kick before Kane tucked home the rebound.

Uefa have charged England for this, as well as for fans booing the Denmark national anthem and for ‘letting off fireworks’.

A statement from the football governing body added: “The case will be dealt with by the Uefa Control, Ethics and Disciplinary Body (CEDB) in due course.”

A financial penalty is the expected sanction – and it could be five-figures.

Raheem Sterling won a penalty shortly before the end of the first 15-minute period of extra-time with the teams locked at 1-1. 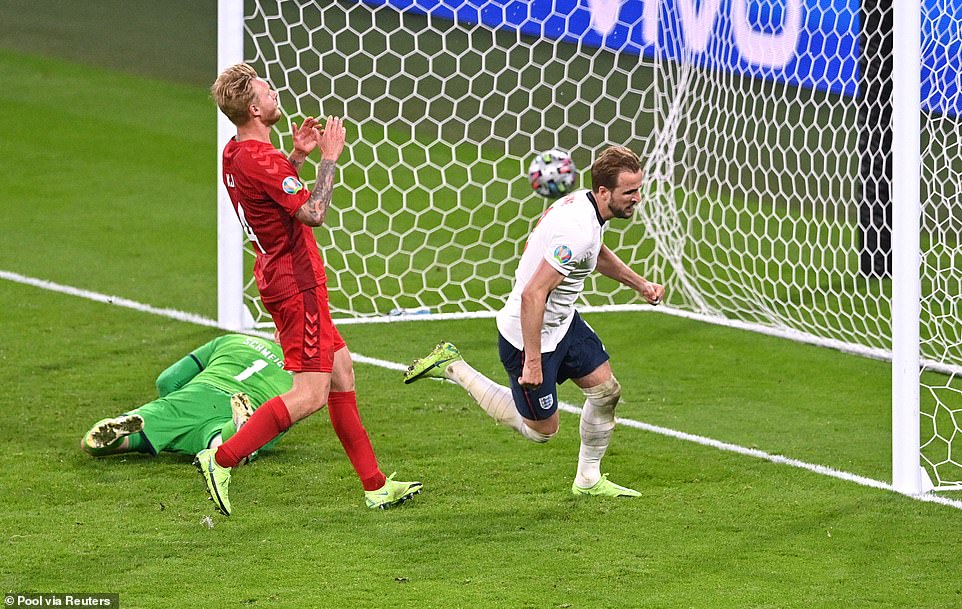 Kane converted the rebound after the Denmark goalkeeper had saved his spot-kick, sending the fans into raptures

After a quick VAR check, England captain Kane stepped up to take the spot-kick.

The Spurs star saw his effort well saved by Leicester ace Schmeichel, before thumping home the rebound to send England to the final.

But after the game, footage emerged which showed a green laser flickering across the Danish stopper’s face, with a fan seemingly looking to distract him.

A steely-faced Schmeichel – who poked fun of England’s lack of major tournament success on Tuesday – was able to focus on Kane and the ball.

The Dane dived expertly to his left to keep out the England skipper’s effort.

Unfortunately for him, his parry fell right to the feet of the Tottenham star, who was able to blast the ball into the net to spark wild celebrations at Wembley.

Gareth Southgate’s side held on for a famous victory which sees them into their first major tournament final for 55 years.

They will host Italy at Wembley on Sunday – Roberto Mancini’s side beating Spain on penalties in their semi-final.