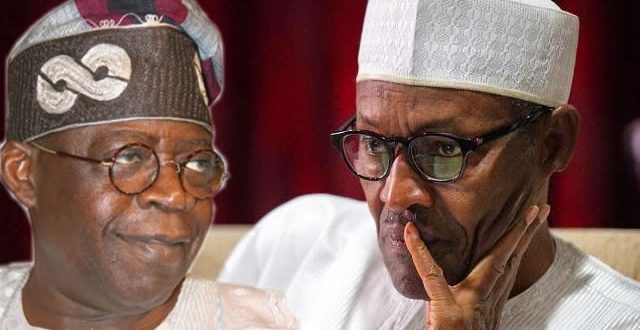 National Leader of the All Progressives Congress (APC), Senator Bola Tinubu has proposed a seven-point agenda, which he said, would revive the country’s troubled economy and drastically reduce her dependence on petrodollars.

Tinubu explained that the development of a national infrastructure plan; the return of commodity exchange boards and the promotion of government-backed housing programmes were important measures that could help to reposition the national economy.

The proposals are contained in the text of a recent lecture the APC leader delivered in Lagos, where he said the decline in oil prices had revealed the travesty of the country’s extant economic model.

He proposed a national industrial policy fostering the development of strategic industries, which he said, could create jobs as well as spur sustainable economic growth.

He said: “We must realise that no populous nation has ever attained broadly- shared prosperity without first creating an industrial capacity that employs large numbers of people and manufactures a significant quantity of goods for domestic consumption or export.”

Tinubu noted that England, America and China had implemented policies to protect key industries, promote employment and encourage exports, explaining that these countries represented the past, present and immediate future of national economic achievement.

He said: “A strong common thread is their policies of buffering strategic industries in ways that allow for the expansion and growth of the overall economy. So, we must press forward with a national industrial policy fostering the development of strategic industries that create jobs as well as spur further economic growth.

“Whether we decide to focus attention on steel, textiles, cars, machinery components, or other items, we must focus on manufacturing things that Nigerians and the rest of the world value and want to buy. We must partially reshape the market place to accomplish this,” Tinubu declared.

He also proposed the need for the federal government to develop a policy of tax credits, subsidies that insulate critical sectors from the negative impact of imports.

He equally recommended a national infrastructure plan, noting that roads, ports, bridges and railways need enhancing, and new ones need to be built with the goal being to develop a coherently-planned and integrated infrastructural grid.

The APC leader said: “A national economy cannot grow beyond the capacity of the infrastructure that serves it. Good infrastructure yields a prospering economy. Weak infrastructure relegates the economy to the poorhouse. The government must take the lead.

“The focus on infrastructure has important corollary benefit. Federal expenditure for needed infrastructural spending has empirically proven in every place and in every era to boost recessionary economies and provide employment when sorely needed.

“Deficit spending in our own currency to advance this mission is neither a luxury nor a mistake. It is a fulcrum of and balanced and shared prosperity. We must overcome the economic, political and bureaucratic bottlenecks preventing us from achieving reliable electrical power,” he stated.

He said lack of electricity was perhaps the single greatest impediment to the country’s economic advancement.

According to him: The lack of power inflates costs, undercuts productivity, causing havoc to overall economic activity and job creation. Our economic situation is literally and figuratively in the dark.

“The hurdles we face are not technical in nature. We must convince those political and economic factors currently impeding our quest for reliable power to step aside so that we may obtain this critical ingredient to economic vitality,” he pleaded.

He further proposed a credit-based economy, stating that credit for business investment was too costly in Nigeria. “The long-term economic strength of the nation is dependent on how we deploy idle men, material and machines into productive endeavor. And this is highly dependent on the interest rate,” Tinubu said.

Consequently, he asked the Central Bank of Nigeria (CBN) to cure its affection for high-interest rates, arguing that lower rates were required for industrialists to borrow without fear that excessive costs of borrowing would consign them to irredeemable debts.

He said: “The normal profit rates in most business sectors cannot support the burden imposed by current interest rates. If our industrialists do not invest in more plants, equipment and jobs, the economy will stagnate. The banking system would have achieved its goal of low-interest rates at the greater costs of economic growth.

“Consumer credit must be more accessible to the average person. The prevailing norm is for a person to purchase high -priced items such as a car in one lump sum. This is oppressive. It defeats the average person and constrains transactions in real estate, vehicles and appliances that could vitalize the economy,” he noted.

Tinubu said government-backed home mortgage system must be re-engineered, contending that mortgage loan agencies must be better funded and should liberalize their eligibility requirements so that more people could qualify for them.

He said: “They need to provide longer-term mortgages with manageable interest rates. The government should provide the supporting guarantees to make such financing a reality. By sparking the effective demand for housing, the overall economy is enhanced. The construction sector and the industries allied to it will surge.”

He argued that a workable credit system would reduce corruption, adding that the current lump-sum payment requirement tempted people towards misconduct. “They see no other way to secure such large sums. Their wages will not suffice. They must steal the money, beg for it or forego the purchase,” he said.

According to him, having an accessible credit system that provides for periodic instalment payments would place a purchase within the reach of people’s wages.

He said agriculture remained the backbone of the country and challenged the federal government to help common farmers by improving rural output and incomes, explaining that this could best be done through ensuring minimum prices for crops strategic to food security.

Tinubu told his audience: “Though effective, this policy was shunned because it conflicted with the free market totems that we were asked to erect against our own interests. We must return to commodity exchange boards, which will allow farmers to secure good prices and hedge against loss.

“An agricultural mortgage loan corporation should be inaugurated to further promote these goals. The proposals stated above are largely within the province of the federal government. Focusing on these and other such things will keep the federal government sufficiently busy,” Tinubu stated.