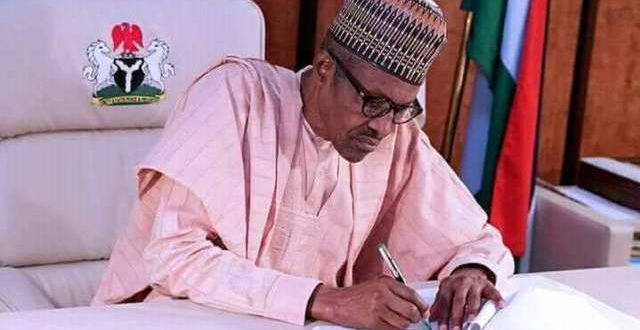 “When violence erupts, the government does nothing or cracks heads almost indiscriminately,” the paper said.

Nigeria under President Muhammadu Buhari has become a crime scene of destructive magnitude on the African continent, The Economist said in its latest issue.

The London publication said terrorists and armed bandits are running wild because Mr Buhari is corrupt and lazy, failing to do anything but render lip service following every deadly attack.

“When violence erupts, the government does nothing or cracks heads almost indiscriminately,” the paper said. It also lamented how Mr Buhari worsened the country’s economy, plunging millions into poverty.

“Economic troubles are compounded by a government that is inept and heavy-handed,” the paper said in its October 23 issue that has already been published online today.

“Mr Buhari, who was elected in 2015, turned an oil shock into a recession by propping up the naira and barring many imports in the hope this would spur domestic production. Instead he sent annual food inflation soaring above 20%.

“He has failed to curb corruption, which breeds resentment. Many Nigerians are furious that they see so little benefit from the country’s billions of petrodollars, much of which their rulers have squandered or stolen,” the paper said.

The paper said Nigeria’s insecurity could be curbed if Mr Buhari could focus on the nation’s unemployment crisis by cutting government waste, amidst other practical economic measures.

The Economist endorsed Mr Buhari for election in 2015, arguing that the former military ruler will do better than Goodluck Jonathan, whom the paper described at the time as an ineffectual buffoon.

The paper has since become critical of the Nigerian leader, after his administration became enveloped by frequent economic and security crises.

“Two factors help explain Nigeria’s increasing instability: a sick economy and a bumbling government. Slow growth and two recessions have made Nigerians poorer, on average, each year since oil prices fell in 2015.

“Before COVID-19, 40 per cent of them were below Nigeria’s extremely low poverty line of about $1 a day. If Nigeria’s 36 states were stand-alone countries, more than one-third would be categorised by the World Bank as “low-income” (less than $1,045 a head). Poverty combined with stagnation tends to increase the risk of civil conflict,” it argued.

The Economist gave the Nigerian Army a dressing down, describing the military organisation as only strong on paper.

It alleged that the army had ghost workers on its payroll and often sold equipment to insurgents who destabilise the nation.

The news magazine said the Nigeria Police Force was poorly trained and underpaid hence they rob innocent citizens in order to augment their salaries.

The editorial further read, “When violence erupts, the government does nothing or crack heads almost indiscriminately. Nigeria’s Army is mighty on paper. But many of its soldiers are ‘ghosts’ who exist only on the payroll, and much of its equipment is stolen and sold to insurgents. The army is also stretched thin, having been deployed to all of Nigeria’s states.

“The police are understaffed, demoralised and poorly trained. Many supplement their low pay by robbing the public they have sworn to protect.”

It called on the Department of State Services to stop disobeying court orders and release all those being detained illegally.

The Economist described as scandalous the refusal of the Nigerian government to arrest and prosecute any of the security operatives that killed protesters in Lagos last year.

The news magazine said in order to stop the slide towards lawlessness, Nigeria’s government should make its own forces obey the law.

The editorial further read, “Soldiers and police who murder or torture should be prosecuted. That no one has been held accountable for the slaughter of perhaps 15 peaceful demonstrators against police abuses in Lagos last year is a scandal. The secret police should stop ignoring court orders to release people who are being held illegally. This would not just be morally right, but also practical: young men who see or experience state brutality are more likely to join extremist groups.”

The news magazine noted that Nigeria was home to one of the largest film industries in the world and had the most successful start-ups in sub-Saharan Africa.

It argued that despite the great potential of the country, youths were beginning to emigrate in droves because of the sorry state of Nigeria. 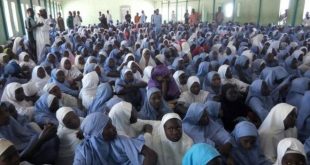 Spread the loveOn Monday, February 19, 2018, over a hundred young girls were kidnapped from …