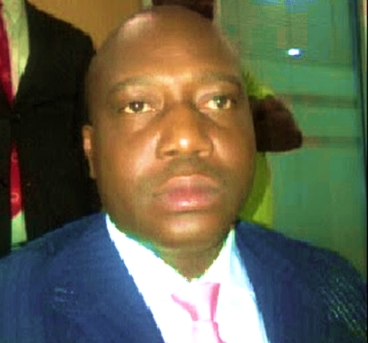 The Speaker of Edo House of Assembly, Mr Victor Edoro, has been impeached by 16 of the 24 members of the assembly on Tuesday.

In his place, a woman, Mrs Elizabeth Ativie was elected by the lawmakers as the new Speaker.

“This is an impeachment notice signed by 16 members that the speaker Victor Edoroh and his deputy, are hereby impeached,’’ Ogedemgbe said during the house sitting.

NAN reports that shortly after moving the motion, Ogedemgbe nominated Illuobe to preside over the election, who thereafter called for nomination for a new speaker and deputy.

The two were subsequently approved to lead the House by the lawmakers.

A mild drama, however, ensued immediately after the new speaker took her seat, when the assembly’s chamber was invaded by some suspected thugs.

The situation made security operatives to immediately take over control of the assembly’s premises, as staff scampered for safety.

Charles Igbinidu is a Public Relations practitioner in Lagos, Nigeria
@https://twitter.com/ionigeria
Previous Again, Dasuki’s trial stalled because of DSS refusal to Produce him in Court
Next ‘Little Messi’ flees Afghanistan, appeals to UN after ‘threats’