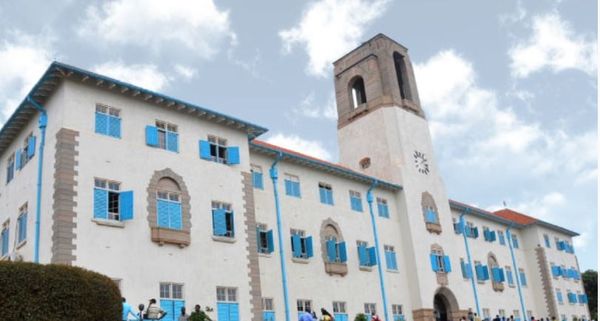 It seems the searchlight is now on randy lecturers across the globe.

Few days after a professor of the University of Ife in Nigeria became a subject of investigation for allegedly demanding for sex for grades, another lecturer in Uganda is under the radar.

Kisuze Edward has been suspended by the University of Makarere in Uganda over allegations of sexual harassment.

The letter of suspension bore the stamp of the office of the Vice Chancellor and was posted on the university’s Twitter handle on Tuesday.

Edward is on suspension due to allegations of sexual harassment preferred against him by one of his students, Rachael Njeri, who wrote the school authorities on 16th April.

Edward was notified of the allegation and asked to share his own side of the story.

Upon receipt of his response, the university placed him on immediate suspension and half pay pending an investigation into the allegation.

The university later tweeted that the lecturer has also been arrested by the Police.

Makerere University Senior Administrative Assistant Mr. Kizuse Edward was suspended with immediate effect for alleged sexual harassment on Njoro Rachael who had come back to certify her transcript, The married man is currently in Police custody pending Investigations. pic.twitter.com/dNmGlYtxcg