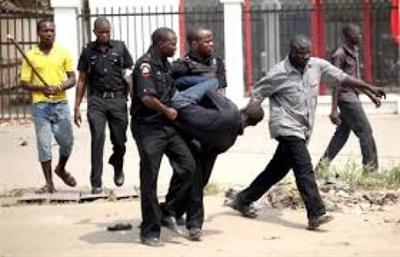 A 26-year-old man, Philip John, is to spend the next 90 days in jail for stealing a mobile phone.

A Karmo Grade 1 Area Court in Abuja handed down the sentence on Tuesday.

The incident was reported by the complainant, David Bature of Utako Village at Utako Police Station on April 10.

Phillip had gone to Mr Bature’s barber’s shop looking for a job.

While the interview was ongoing, he gave his phone to one of his apprentices to download music for him.

The accused smartly collected the phone and absconded, but he was not so smart after all.

He was arrested on April 12 and handed over to the police to whom he had confessed selling the phone for N15, 000 to a man named Rabiu Anka.

The judge, Mr Abubakar Sadiq, said the court had no option than to sentence the accused since had pleaded guilty to the charge.

He, however, gave the convict an option of N5,000 fine and advised him to be of good behaviour and desist from crime.