Home / News / Politics / Odubu Dissociates Self from Claim that Okunbo, Tinubu & Oshiomhole are teaming up to endorse a candidate 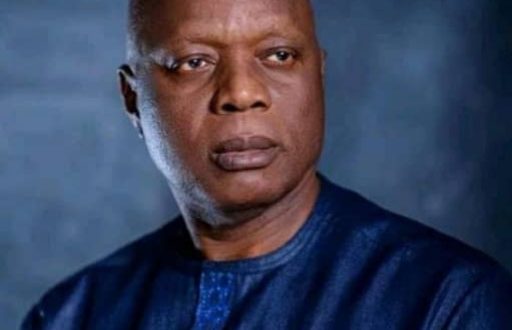 His Excellency, Dr Pius.E.Odubu, the former Deputy Governor of Edo State has distanced himself from a story in some newspapers accusing the National Chairman of All Progressive Congress (APC) Comrade Adams Oshiomhole, APC National Leader Asiwaju Bola Tinubu and Businessman, Captain Hosa Okunbo of teaming up to endorse one of the governorship aspirants in Edo State.

In a statement he personally signed, Dr. Odubu said: “My attention has been drawn to a misleading story trending on the APC social media platform casting aspersions on very prominent and highly respected members of our society namely trying to connect them with the recent happenings in our party. I wish to state categorically that I have no hand in this and neither did I authorize such a despicable write up. Captain Hosa Okunbo, Chief Bola Ahmed Tinubu and our National Chairman Comrade Adams Oshiomhole are men of impeccable character and I have uttermost respect for all of them. Nobody should under any guise associate me with anything that would cast aspersion on their hard-earned reputations”.

Continuing, he said: “For the embarrassment this might have caused them, I offer my sincere apologies. Please let it be known that the said author is not known to me neither does he have my authority to do what he did. I wish to state categorically that I did not authorize this piece directly or through any of my agents that was intended to cast aspersions on the integrity and highly earned reputations of the leaders under reference”.

“No doubt this write up which is clearly false is another attempt to paint me in bad light before these very imminent persons. May I therefore confidently reassure our leaders of my maximum respect always”, the statement concluded.

Charles Igbinidu is a Public Relations practitioner in Lagos, Nigeria
@https://twitter.com/ionigeria
Previous Nokia fails to secure 5G contracts in China due to technical issues
Next Catholic Bishops Donate Over 400 Hospitals To Be Used As Isolation Centres In Nigeria