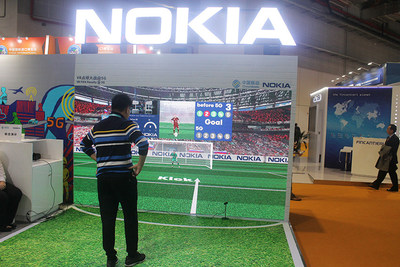 Deals reportedly worth nearly $10 billion have been awarded by China Mobile, China Telecom and China Unicom over the last few weeks, with Nokia being noticeably absent from the list of vendors selected for the next phase of China’s 5G radio business.

Nokia was unable or unwilling to meet Chinese technical requirements, according to new analysis published on Light Reading, a website for professionals in the communications industry.

Kristian Pullola, the chief financial officer of Nokia, said during a conversation with the website, “We have steered our 5G R&D work in a way where we have optimized for global features, and features for more profitable markets, and maybe because of that we did not do some local customization needed for China.”

The new analysis noted, “Those remarks may feed into concern that Nokia is struggling to compete against rivals even as it works on a turnaround at its 5G business.”

While Nokia did not make a mark in the country, its fellow Nordic competitor Ericsson gained a market share in China during the recent 5G contract awards.

After landing a contract with China Mobile worth around $593 million, the Swedish company reportedly also picked up a double-digit share of a massive 5G tender issued by China Telecom and China Unicom.

The differing outcome for the two vendors also highlights Nokia’s challenges in making its 5G products more competitive, as the company has been struggling to tackle costs and delivery delays.

Last year, Nokia alerted its investors to difficulties with 5G products that disrupted its margins and upset cost-saving targets, which were partly blamed on the acquisition of Alcatel-Lucent in 2016.

However, Nokia also made the mistake of choosing expensive programmable 5G components that have made its products less profitable than its rivals’, according to the report on Light Reading.

During the earnings call for the third quarter of 2019, Nokia acknowledged that its 5G profit margins were dampened by the high cost of its “ReefShark” chipset.

In addition, there have been reports that Nokia’s equipment was to blame for some 5G rollout delays, especially in the United States, where the company is particularly setting its sights for growth. For example, Nokia was mentioned in connection with Sprint’s delay of 5G in four cities during August 2019.

Another major reason for Nokia’s failure to procure a piece of the 5G tender is because the Finnish company has chosen to prioritize European and American markets over the Chinese one. This was revealed by its financial report for the first quarter of 2020.

According to the report released on April 30, Nokia’s sales revenue in Greater China stood at 308 million euros between January and March, accounting for only around 6 percent of its global total, and a drop of 29 percent compared with the previous year.

In the report, Nokia said that the networks had been hit by “an increase in competitive intensity, combined with our prudent approach toward deal-making” in China.

In contrast, the company generated more than 29 billion euros in Europe and North America, which was approximately 60 percent of its overall sales.

In an interview with Reuters, Nokia’s Chief Executive Rajeev Suri stated that in terms of 5G radio equipment markets, China was a large part of the global market but not so much from a revenue standpoint.

“So, people only speak about the volume share being 50, 60 percent. But when it comes to the revenue share, the value share of that market, it’s about half that,” he added. “And then the profit share in the medium term is actually negligible as part of the global market.”

Charles Igbinidu is a Public Relations practitioner in Lagos, Nigeria
@https://twitter.com/ionigeria
Previous Governor Wike makes good his threat, demolishes two hotels for violating lockdown
Next Odubu Dissociates Self from Claim that Okunbo, Tinubu & Oshiomhole are teaming up to endorse a candidate 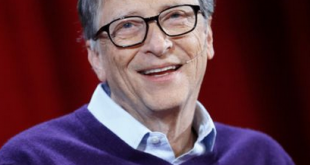 Spread the love The tech billionaire and his wife own 242,000 acres of farmland across …