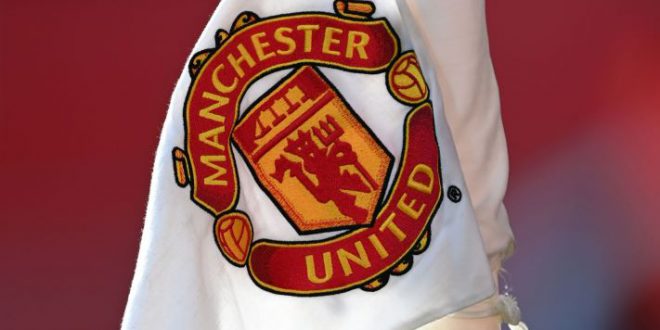 Man City, Man United top the list as EPL emerges as World Cup most represented League—how is your Club affected

ENGLISH football has been confirmed as the World Cup’s most-represented domestic set-up.

Fifa have confirmed the full squad lists for the tournament, with every nation except Iran taking up their full allocation of 26 players. 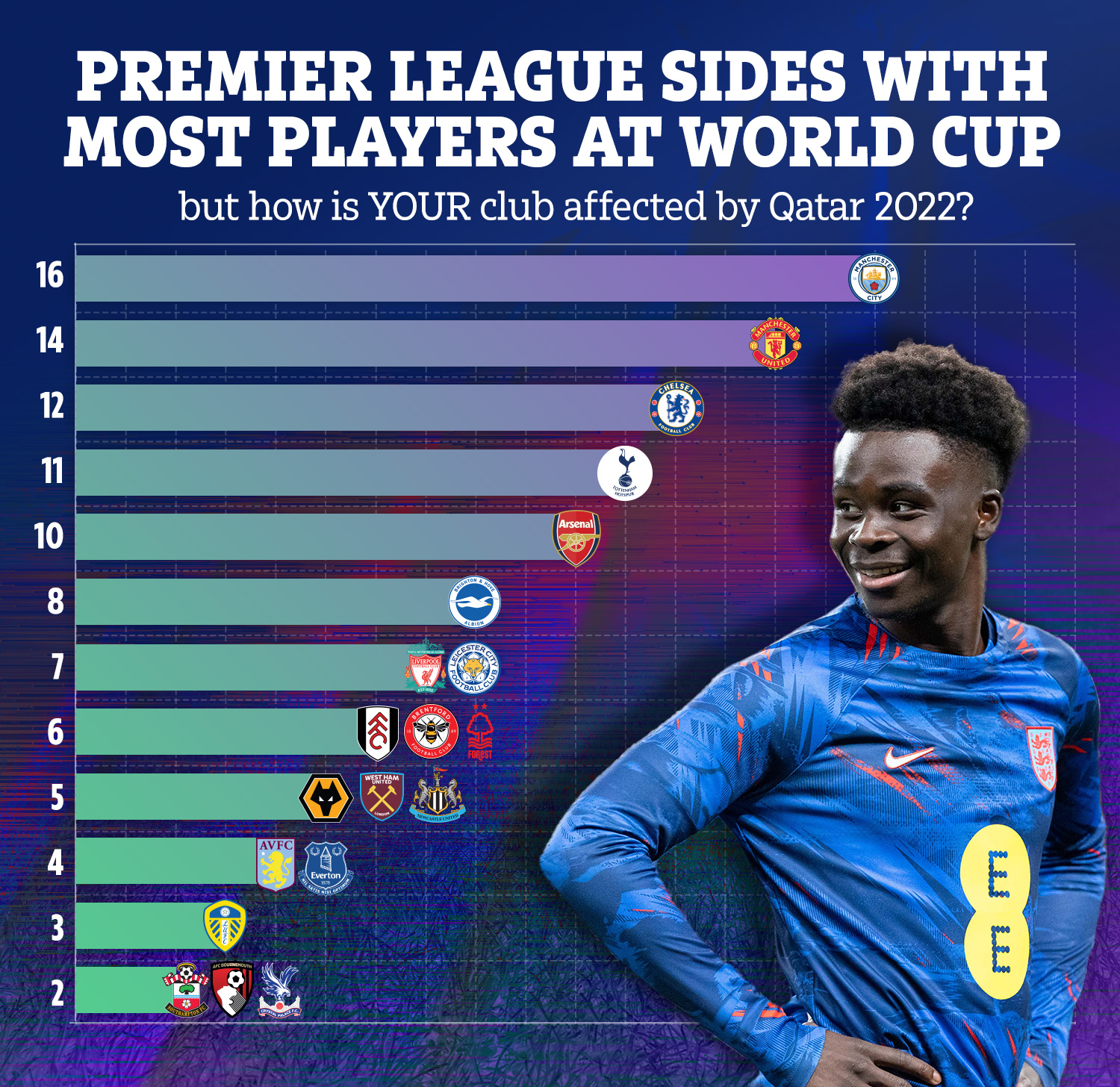 Prem sides are set to be decimated over the next six weeks.

Manchester City have the most players heading to Qatar – with 16 of their stars having been selected.

In fact, of their starting XI that took on Brentford on Saturday, only Erling Haaland will NOT be at the tournament.

The next most represented Prem side is Manchester United – with 14 Red Devils heading to the Middle East.

They include wantaway Cristiano Ronaldo, following his explosive interview with The Sun’s Piers Morgan – as well as his Portugal team-mates Bruno Fernandes and Diogo Dalot.

While Harry Maguire, Luke Shaw and Marcus Rashford are in the Three Lions set-up.

Chelsea are next up with 12, although it would have been even more had Ben Chilwell, Reece James and N’golo Kante been fit.
Chilwell and James would have joined club mates Mason Mount, Raheem Sterling and Conor Gallagher in the England set-up.

Tottenham have 11 stars at the tournament, including captains of England and South Korea respectively Harry Kane and Son Heung-min – as well as France skipper Hugo Lloris – victorious last time out in 2018.

Kane will be joined in the Three Lions squad by Eric Dier – while Richarlison and Cristian Romero will fancy their chances with Brazil and Argentina respectively.

Gabriel Jesus and Gabriel Martinelli will team up with club rival Richarlison for Brazil – while William Saliba will have a good shot at glory with France.

Surprisingly Brighton are next with eight call-ups – including impressive Japanese winger Kaoru Mitoma.

Leandro Trossard will be in action for Belgium, while Alexis Mac Allister is in the Argentina squad alongside Lionel Messi and Co.

Liverpool have seven call ups including England stars Jordan Henderson and Trent Alexander-Arnold – while Darwin Nunez will be an intriguing proposition for Uruguay.

Brentford also have six call-ups, with half of them playing for Denmark in the shape of fit again Christian Norgaard, Mikkel Damsgaard and Mathias Jensen.

Saman Ghoddos will play for Iran, Bryan Mbeumo for Cameroon and David Raya for Spain.

Wolves unsurprisingly have a contingent in the Portugal squad – with Jose Sa, Joao Moutinho and Ruben Neves being called up – while Hwang Hee-chan will play for South Korea and Raul Jimenez has been deemed fit enough to play for Mexico.

Half of Aston Villa’s four call-ups are in the Poland squad in the shape of Matty Cash and Jan Bednarek, while Leander Dendoncker is with Belgium and Emi Martinez with Argentina.

While Leeds have USA double act Tyler Adams and Brenden Aaronson – along with Denmark’s Rasmus Kristensen.

Rounding off the Prem list is Southampton, who have Germany starlet Armel Bella-Kotchap and Ghana’s Mohammed Salisu.

After the Premier League, the next most represented league system is that of Spain, with 85 players selected for the World Cup, followed by Germany on 81, Italy with 73 and France boasting 59.

In total, 43 national leagues have an interest in the tournament.

Iran, who only selected 25 players, chose their squad from a tournament-high of clubs in 14 countries, while both Saudi Arabia and hosts Qatar have chosen entirely from their home league.

Jude Bellingham is the only non-Premier League player in England’s squad.

By contrast, the Three Lions’ potential last 16 opponents Senegal have players in England, France, Spain, Germany, Italy, Cyprus and Turkey – but none in the African country itself.