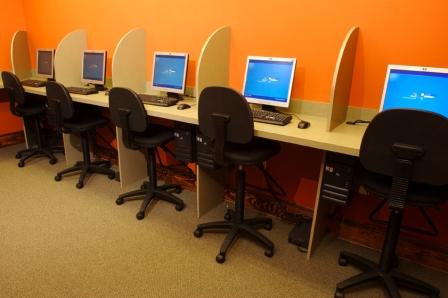 A 90-year-old California man spent $10,000 on ads in the Wall Street Journal to complain about his AT&T internet service, KTVU reports.

“For the last five years, as soon as they started introducing streaming like Roku and movies on TV, my internet service, although I was paying for 3.5 Mbps., sometimes was only up to 1.5 Mbps. So, watching a movie through Roku was slideshows,” Epstein told the outlet.

Epstein ran one ad in Dallas, Texas, where AT&T is headquartered, and one in New York City.

Epstein’s messages urge the company to provide better service to his neighborhood of North Hollywood, Calif., where many people work in the creative industry and rely on a good internet connection, he said.’

90-year-old Aaron Epstein, of Los Angeles, CA, got so mad about his shitty AT&T internet speed that he bought ad space in the @WSJ to publically call-out the company's CEO. It cost him $10,000. pic.twitter.com/A1aMJhh8qT

“Although AT&T is advertising speeds up to 100 MBS for other neighborhoods, the fastest now available to us from ATT is only 3 MBS,” he wrote. “Your competitors now have speeds of over 200 MBS.”

Epstein posed the question of why the company is treating residents of North Hollywood “so shabbily,” and signed the message, “Aaron M. Epstein, an AT&T Customer since 1960.”

After the ads ran on the morning of Feb. 3, a spokesperson for AT&T’s president contacted Epstein to get more information and evaluate his issue.

“I’m waiting patiently to see what they can do,” Epstein said.

Charles Igbinidu is a Public Relations practitioner in Lagos, Nigeria
@https://twitter.com/ionigeria
Previous Ex-service chiefs as ambassadors and why not, by Femi Adesina
Next Russian Cannibal who killed and ate three of his friends jailed for life