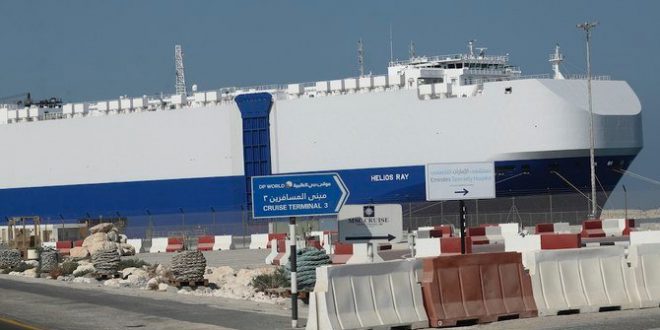 Iran’s foreign ministry on Monday “strongly” rejected accusations by Prime Minister Benjamin Netanyahu that Tehran was behind the attack on the Israeli-owned ship.

“We strongly deny this accusation,” spokesman Saeed Khatibzadeh said at a press conference, adding that “the source of this accusation itself shows how invalid (the claim) is.”

Netanyahu had earlier blamed Iran for a blast aboard an Israeli-owned ship in the Gulf of Oman last week, but Iran rejected the charge.

The MV Helios Ray, a vehicle-carrier ship, was hit overnight by a blast above the water line that a US official said ripped holes in both sides of its hull.

“This was indeed an operation by Iran. That is clear,” Netanyahu told Kan radio.

Asked if Israel would retaliate, he repeated previous statements about his determination to prevent Iran from developing nuclear capacity and added: “We are striking at it (Iran) all over the region.”

(with Reuters and AFP)