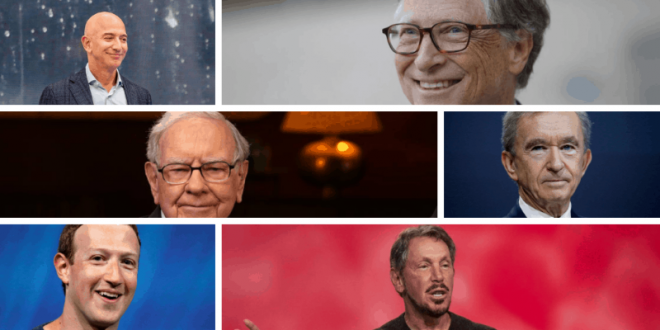 Data researched by Trading platforms UK indicates that 70% of the top ten richest people amassed their wealth from the technology industry as of March 1, 2021.The top ten wealthy individuals control a fortune of $1.14 trillion in total, with tech players accounting for $855.9 billion.

Although other sectors produce a fair share of billionaires, the number cannot match individuals who have minted their money by operating in the tech industry.

The report explains some of the underlying factors leading to the tech sector’s dominance of the top ten rich list. According to the research report:

“The dominance of the rich list by the technology industry figures also points to the sector’s resilience in times of crisis. Technology rose to prominence due to its ability to offer solutions to help people cope with the coronavirus crisis. For instance, during the health crisis, most billionaires in the sector like Amazon’s Jeff Bezos amassed more wealth as more people leveraged on e-Commerce platforms amid the lockdown and stay at home measures.”

The US, China host 49% of the top 500 billionaires globally

The analysis also shows that the tech industry has the highest number of billionaires globally at 84. Industrial ranks second with 56 billionaires followed by diversified at 50 while the consumer has 43 billionaires. Elsewhere Finance has 37 billionaires while entertainment has the least billionaires at 10.