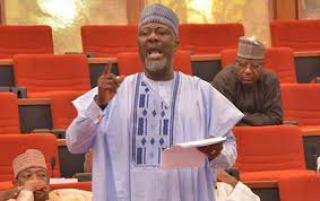 Ibrahim Idris, inspector-general of police (IGP), gave the order at a meeting with police commissioners in Abuja.

Responding in a series of tweets on Monday, Melaye said after “escaping assassination twice”, he deserve police protection as a taxpayer.

He added that no amount of blackmail would stop him from speaking the truth.

“Withdrawal of police from VIP I am the target. IG want to expose me so I can be killed. Having survived assassination attempt twice I deserve police protection in a country where I’m a taxpayer,” he tweeted.

“No amount of lies and blackmail will detract my attention from speaking the truth and defending it.

“Fabricated lies by Kogi state govt and the police will fail. It’s utterly laughable and preposterous. It’s a sign of desperation.”

The police have charged Melaye with being in illegal possession of firearms but the lawmaker who denied any wrongdoing said it is politically motivated.