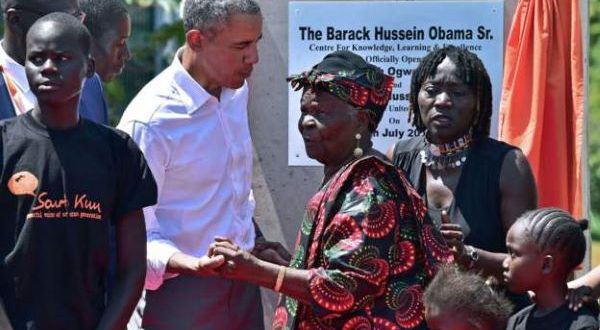 Mrs Obama was fondly reffered to as Granny Sarah

Former US President Barack Obama’s step-grandmother Sarah Obama has died at a hospital in Kenya at the age of 99, her family has been quoted by local media.

Mrs. Obama died early on Monday at the Jaramogi Oginga Odinga Hospital in the western town of Kisumu, her daughter Marsat told the Daily Nation newspaper.

Her family is making arrangements to have her buried on Monday at a cemetery in the town, according to reports.

She was fondly referred to as Granny Sarah by the former president.

Mrs. Obama defended her grandson during the US elections when he was said to be Muslim and not born in the US.

She was the third and youngest wife of the former president’s grandfather.