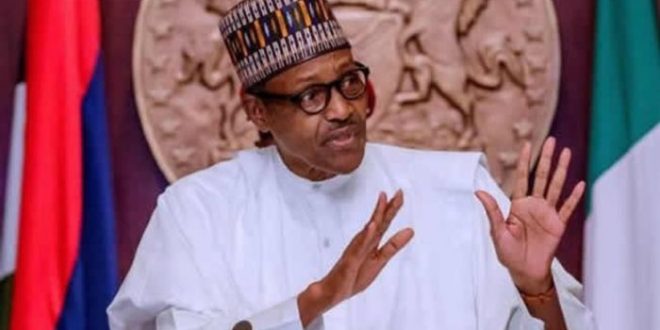 The Minister of Industry, Trade and Investment, Mr Adeniyi Adebayo says the ministry will attract Foreign Direct Investments (FDIs) into the country by stimulating business linkages between large and small enterprises.

Adebayo said this on Thursday in Abuja at a stakeholders’ engagement for the Implementation of “Business Linkage Programme” for Micro, Small and Medium Enterprises (MSMEs) and Multinational Enterprises (MNES)/Large Local Cooperates (LLCs).

The News Agency of Nigeria (NAN) reports that the meeting was organised by the Nigerian Investment Promotion Commission (NIPC) and the Small and Medium Enterprises Development Agency of Nigeria (SMEDAN) to work out strategies for the business linkages.

Adebayo, represented by Mr Olajide Bamidele, the Deputy Director, Investment Promotion department said the ministry, through NIPC and SMEDAN played an intermediary role in a comprehensive approach for promotion of sustainable business linkages.

The legal practitioner said that they would equally provide a combination of advisory (policy oriented) and technical assistance (action oriented) services in the field of FDIs and enterprise development.

“FDI can add little to local development if there is lack of adequately skilled human capital, absorptive capacity in local firms or incentives to transfer technology to local firms.

“There is the need to combine MSMEs support policies with FDIs attraction policies. Well design MSMEs and FDIs policies can ensure that FDIs work for local enterprise development.

He said that stimulating business linkages had been a strategy for building local enterprises that could compete at home and abroad as well as meet employment goals.

“While it is generally accepted that MSMEs are the backbone of the economy, there is the need for coherent and fully worked out policies developed in consultation with the private sector to enhance their growth and survival.

The minister expected that the meeting would assist in uncovering hidden opportunities and business linkages in the MSMEs value chain in Nigeria.

According to Adebayo, business linkages between large enterprises such as Transnational Corporations (TNCs) and local suppliers can be channeled for transfer of technology, knowledge and skills to host economies.

The process, he said could enhance the competitiveness of developing countries and help them to capture the opportunities for increased trade and investment brought about by globalisation and economic liberalisation depending on commitment of all partners.

“We are aware that business between small and large enterprises particularly TNCs can contribute both to the competitiveness of the enterprises involved and the growth and development of the countàry.

“However, the establishment of a critical mass of sustainable linkages does not happen automatically as a direct consequence of the presence of TNCs, but requires the participation of all stakeholders, government supportive policies, TNCs and MSMEs vision and commitment.

In a keynote address, Dr Umar Dikko, the Director-General, SMEDAN said that the growth of MSMEs were critical and contributed significantly to the strength of the country’s economy.

Dikko who noted that the major challenges of MSMEs were lack of access to finance and market said that SMEDAN would continue to provide enabling environment for them to overcome all the challenges, including skills and equipment challenges.

Dikko said based on the statistics which revealed that MSMEs were the major contributor to economic growth, it introduced its Conditional Grant Scheme (CGS) inaugurated in 2017 nationwide to empower the micro businesses on various platforms to enhance growth to the next level.

The SMEDAN boss said that the scheme targeted 13,160 entrepreneurs at the pilot programme in six states across the zones, while the second phase empowered many entrepreneurs in Lagos, Bauchi, Sokoto and Anambra states.

“We give them skills, micro insurance, partner Corporate Affairs Commission (CAC) to register their businesses, open bank accounts and pay in N50,000 grants each to run their businesses, as well as follow up with Business Development Package,” he said.

He said it would continue to partner NIPC to boost efficient linkage between MSMEs and larger firms.

The MSMEs at the stakeholders meeting also commended the initiative and expressed willingness to be linked with larger firms but pleaded that easy business environment should be encouraged to stimulate linkages.

They also called for MSMEs clinic, timeframe for generation of data from the MSMEs, including those into Agro allied products for effective linkages.

Mrs Lizzy Igbine, the Chief Executive Officer of Farm Pride Organic Fertilizers Ltd. decried difficult business environment and underscored the need to be given timeframe to profile MSMEs for the linkages under zonal level.

Charles Igbinidu is a Public Relations practitioner in Lagos, Nigeria
@https://twitter.com/ionigeria
Previous Affirmative Action: Emulate Sanwo-Olu NAWOJ charges governors
Next ‘On my journey, I fell down a couple times but I never fell off’ – Anthony Joshua says as he shows his physique