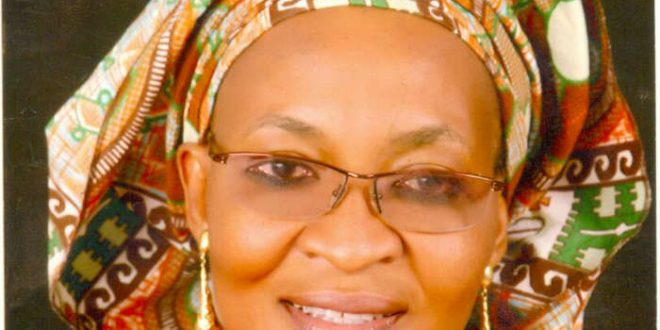 The Nigeria Association of Women Journalists (NAWOJ) has charged governors of other states to emulate their colleague in Lagos state, Babajide Sanwo-Olu who appointed 32 per cent women to his cabinet.

In a statement issued in Abuja on Thursday and signed by the National President Mrs Ifeyinwa Omowole, NAWOJ tasked state governors to even surpass the milestone of the Lagos Governor.

Omowole who was full of commendation for Sanwo-Olu said that his action was quite commendable and was a call of service to the women who had been appointed into the Lagos Cabinet.

“Babajide Sanwo-Olu must be commended for taking the front seat as the first governor to appoint a sizeable number of women as commissioners and special advisers.

“I call on other state governors to emulate or even surpass Sanwo-Olu by appointing more women to serve in their governments.

“Women are an integral part of the growth and development of Nigeria and they must be a part of governance, not because of the need to be gender sensitive but because women can contribute a great deal,” she said.

She used the opportunity to also commend the women who were appointed by President Muhammadu Buhari into the Federal Cabinet.

Omowole particularly congratulated the new Minister of State for Environment, Sharon Ikeazor on her appointment which she described as ‘well deserved’.

“Sharon Ikeazor’s exceptional performance in revolutionalising the Pension Transitional Arrangement Directorate (PTAD) compares to no other.

“It is indeed worthy to note that her hard work had been recognized by President Muhammadu Buahri and rewarded with more work with her new appointment.

“I am confident that the Ministry of Environment will also witness a revolution with her as Minister of state working with the Minister Muhammad Mahmood.

“I urge women to take a cue from the performance of Ikeazor. We as women must put in our best in whatever position we occupy no matter how small or big.

“We cannot achieve the recognition we deserve if we don’t make use of the little positions we occupy as women to make a difference and leave an indelible mark,” she said.

She expressed confidence that all the women in both federal and state cabinets will perform creditably well, charging them not to engage in actions that will bring women to disrepute.