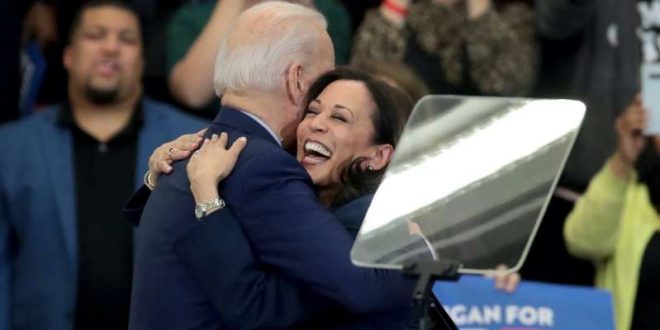 U.S President-elect Joe Biden achieved formal victory over President Trump on Monday, winning his 306 votes in the electoral college and advancing one more step toward inauguration even as die-hard Trump supporters redoubled their efforts to stop the normal transfer of power.

Electors gathered in every state and the District of Columbia for a day-long series of votes that delivered no surprises for either Trump or Biden. The proceedings harked back to more typical presidential elections and stood in contrast with the unprecedented — though fruitless — six weeks of legal and procedural chaos triggered by Trump’s refusal to accept his loss.

There were signs Monday that some of the president’s most ardent supporters would not abandon his cause, as groups of Republicans in six key battleground states held their own unofficial electoral-college-style votes for Trump. Though major protests did not materialize, threats of harassment and violence cast a shadow over elector meetings in several states.

Yet GOP efforts posed no substantive challenge to Biden ahead of the final tally of electoral votes by Congress on Jan. 6, experts said. Trump and his allies have failed to prove to the courts their false claims that the election was tainted by widespread fraud, and experts said they have exhausted their legal options for preventing Biden from becoming president next month.

Democrats in the six states where Trump had focused his efforts to contest Biden’s win expressed relief that the electoral college vote unfolded as it had most often in the past: without disruption or hostility.

In Harrisburg, Pa., where electors gathered in an auditorium to allow for social distancing, Secretary of State Kathy Boockvar (D) read a quote from former president George H.W. Bush, a one-term Republican who lost his bid for reelection in 1992: “The people have spoken, and we respect the majesty of the democratic system.”

Exiting the vote, state Rep. Malcolm Kenyatta, a Democrat from Philadelphia and one of 20 pro-Biden electors in Pennsylvania, called it “a good day for American democracy.”

“This is proof positive our election system works,” he said.

Biden surpassed the 270-vote threshold for winning the presidency when California cast its 55 electoral votes after 5 p.m. Eastern time. The former vice president reached 306 electoral votes to Trump’s 232 by the end of the day, as expected.

“In this battle for the soul of America, democracy prevailed,” Biden said in a prime-time address after the vote Monday. “We the people voted. Faith in our institutions held. The integrity of our elections remains intact, and now it’s time to turn the page, as we’ve done throughout history.”

On Capitol Hill, some Republicans indicated a new willingness to move forward.

“Now we have the constitutional threshold, and we’ll deal with Vice President Biden as the president-elect,” said Sen. Roy Blunt (Mo.). “The president continues obviously to have all the options he has available to him, but the electoral vote today was significant.”

Sen. Mike Braun (Ind.) said that he was “disappointed” by the results of the electoral college vote but that “we must put aside politics and respect the constitutional process.”

“Today, the Electoral College has cast their votes and selected Joe Biden as the President-elect. State Legislatures, State Courts, and the United States Supreme Court have not found enough evidence of voter fraud to overturn the results of the Electoral College vote,” Braun said in a statement.

Charles Igbinidu is a Public Relations practitioner in Lagos, Nigeria
@https://twitter.com/ionigeria
Previous Trump tells allies he will run in 2024, but hints he may back out
Next William Barr to step down as U.S Attorney General