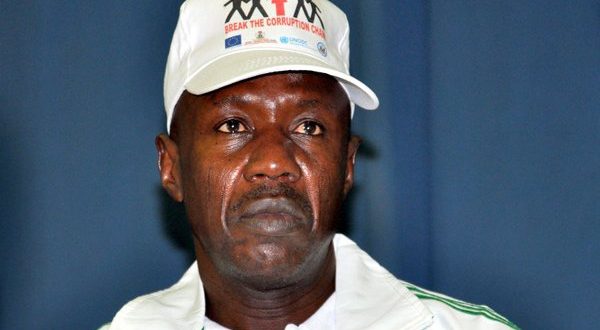 Acting Chairman of the Economic and Financial Crimes Commission, Ibrahim Magu, has been arrested by the Department of State Services.

Magu was arrested on Monday afternoon at the Wuse II, Abuja office of the EFCC on Monday over allegations that he was siphoning part of money recovered by the commission from suspected looters.

According to The Punch, Security details attached to Magu put up a stiff resistance during the arrest of their principal, as they objected to the DSS move.

But he is now undergoing interrogation at the DSS Headquarters In Aso Drive.

This is happening barely two weeks after the Attorney-General of the Federation, Abubakar Malami (SAN) reportedly complained to the President, Major General Muhammadu Buhari (retd.) about Magu’s conduct and advised that he should be relieved of his appointment.

The AGF was said to have accused Magu of insubordination and discrepancies in the figures of funds recovered by the EFCC.

He was also accused of disposing of assets, especially buildings seized from corrupt politicians and others, without approval, or knowledge of the AGF’s office, which is the supervisory ministry of the EFCC. 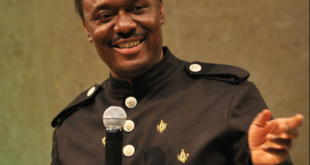 Wearing of face masks in church us unbiblical –  Okotie