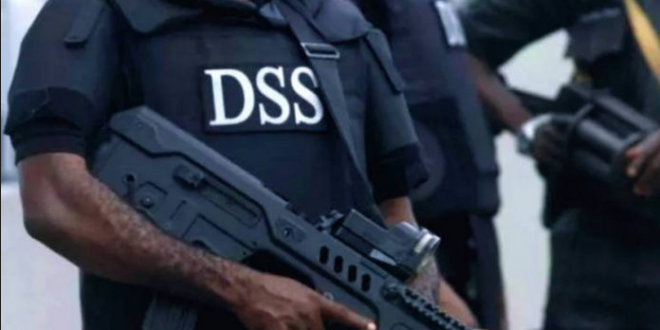 A Boko Haram leader who poised as a security man has been apprehended in Abeokuta, Ogun State.

The suspect was arrested by the operatives of the Department of State Security Service (DSS).

According to a report by Daily Trust, the suspected Boko Haram leader was arrested in the Ijaye area of Abeokuta.

The suspect initially resisted before bowing to the superior power of DSS operatives.

The operation was carried out at night, a source told Daily Trust on Sunday night.

The suspected terrorist reportedly arrived in Abeokuta from Katsina and took up a security job at Ijaye, while gathering intelligence for terrorist attacks.

A security source said he moved to Abeokuta to set up terrorists’ cell for kidnapping and terror attacks.

And following intelligence gathering, the gun-wielding security operatives stormed his hideout and picked him up

Charles Igbinidu is a Public Relations practitioner in Lagos, Nigeria
@https://twitter.com/ionigeria
Previous Muslim-Muslim Ticket: APC Member Babachir Lawal Asks Voters To Reject Tinubu
Next Nigerian Man beaten to death in Italy in full view of public – and NOBODY tried to help him