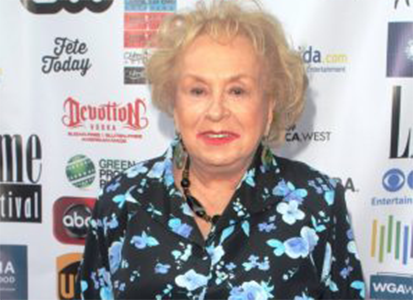 Hollywood Actress, Doris Roberts, has passed away at the age of 90. The star actress was well known for playing the hilarious mother on  sitcom ‘Everybody Loves Raymond’.

The actress reportedly passed on Sunday April 17th in Los Angeles and the cause of death has not yet been revealed.

During her career, Doris won 5 Emmy Awards and a Screen Actors Guild Awards for her role on Everybody Loves Raymond ran on TV from 1996-2005.

She is survived by a son, Michael Cannata Jr and three grandchildren Kelsey, Andrew, and Devon.

Our hearts go out to her family at this time.