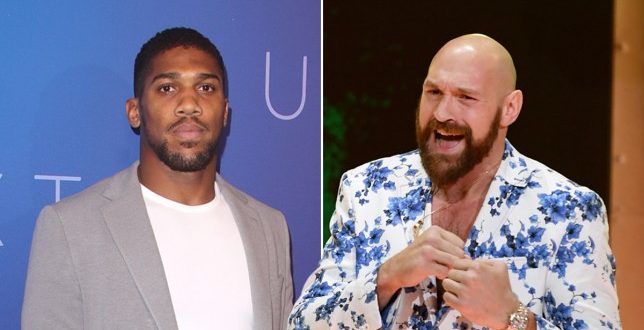 Tyson Fury has confirmed ‘the biggest fight in British boxing history’ has been agreed with Anthony Joshua. The Gypsy King took to Instagram to speak directly to his fans after Joshua’s promoter Eddie Hearn announced ‘initial terms’ had been reached on a two-fight deal.

Over 20 years have passed since there was a last reigning undisputed heavyweight champion and Joshua and Fury appear set to fight for all the belts next year.

‘I’m just off after getting off the phone to Daniel Kinahan, he just informed me that the biggest fight in British boxing history has just been agreed,’ Fury said in a video.

‘Get in there my boy! Big shout out to Dan he got this done literally over the line, two-fight deal, Tyson Fury vs Anthony Joshua next year.

‘One problem just got to smash Deontay Wilder’s face right in in the next fight and then we go into the Johsua fight next year.

‘So, there we are The Gypsy King vs AJ is on next year but there is a hurdle in the road called the Bronze Bomber aka the knockout king and I will get onto him and knock him spark out.

‘And then we get onto the big fight so big thank you Dan for getting this deal over the line so God bless and see you soon.’ WBC and lineal champion Fury will first fight Deontay Wilder next, while Joshua will defend his IBF, WBO and WBA (Super) belts against Kubrat Pulev. 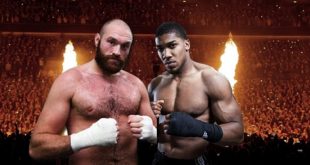