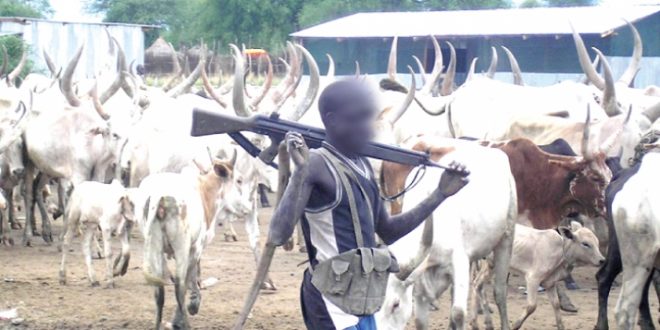 The spokesman of the police in Enugu State, Mr Ebere Amaraizu, confirmed the incident to newsmen in Nsukka.

Amaraizu said the Commissioner of Police, Mr Nwodibo Ekechukwu, had already moved to the local government to ensure that normalcy returned.

“The police are aware of the attack in Uzo-Uwani and the state commissioner of police is already there to ensure that the situation is brought under control.

“Th police are also collaborating with sister security agencies like the army, civil defence and the Department of State Services to handle the situation,” he said.

The Chairman of Uzo-Uwani local government, Mr Cornell Onwubuya, who also confirmed the incident, regretted that in spite of efforts to stop the crisis through dialogue, the suspected herdsmen had continued to attack the people.

“Yes, there is serious problem in the local government as suspected herdsmen today attacked Nimbo community.

“Information reaching us said many people were killed but I do not know the actual number now,” he said.

An eyewitness who pleaded anonymity told the News Agency of Nigeria (NAN) in Nsukka that the suspected herdsmen numbering up to 300 invaded the community with guns and machetes, shooting sporadically and killing people.

“As they were killing the people, they were also setting houses and vehicles ablaze. Many people have been killed; I do not have the actual number.

“The residents of Nimbo and motorists have fled the community for safety,” the witness said.

NAN reports that residents of Nsukka wept uncontrollably when the five bodies from Nimbo were being deposited at the Bishop Shanahan Hospital, Nsukka.

A resident, Mr Dennis Ezema, urged the Federal Government to urgently intervene in the activities of the herdsmen before it escalated to a full blown war.

“It is unfortunate that people can be mercilessly killed without human feeling.

“You can see how these people were killed and sliced like bread; people should respect the sanctity of human life,” he said.

NAN reports that scores of the people who fled from Nimbo are now taking refuge in some primary schools in Nsukka.