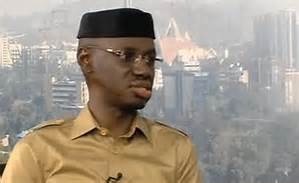 “I am still the authentic acting National Publicity Secretary of the APC”, says Timi Frank

The Acting National Publicity Secretary of the All Progressives Congress (APC), Mr Timi Frank says he remains the authentic spokesman of the party.

Frank who, is presently at loggerhead with the party`s leadership, stated this in a statement he issued on Thursday in Abuja.

He said that though he was not against Abdullahi as a person, but that the process to become an authentic spokesman should be followed.

“I want to congratulate Bolaji Abdullahi for his nomination.

“But he should know that this matter is still in court and until the court says otherwise, I am still the authentic acting National Publicity Secretary of the APC.

“I will wait patiently for the party leadership to convene a national convention and ratify Bolaji’s nomination as the substantive National Publicity Secretary.

‘’But until then, I, Timi Frank remain acting Publicity Secretary of APC’’.

He added that he would challenge the party`s leadership if the party goes against the court order.

Charles Igbinidu is a Public Relations practitioner in Lagos, Nigeria
@https://twitter.com/ionigeria
Previous I have thrown away my green card, says Soyinka
Next France’s unpopular President Hollande will not seek relection in 2017